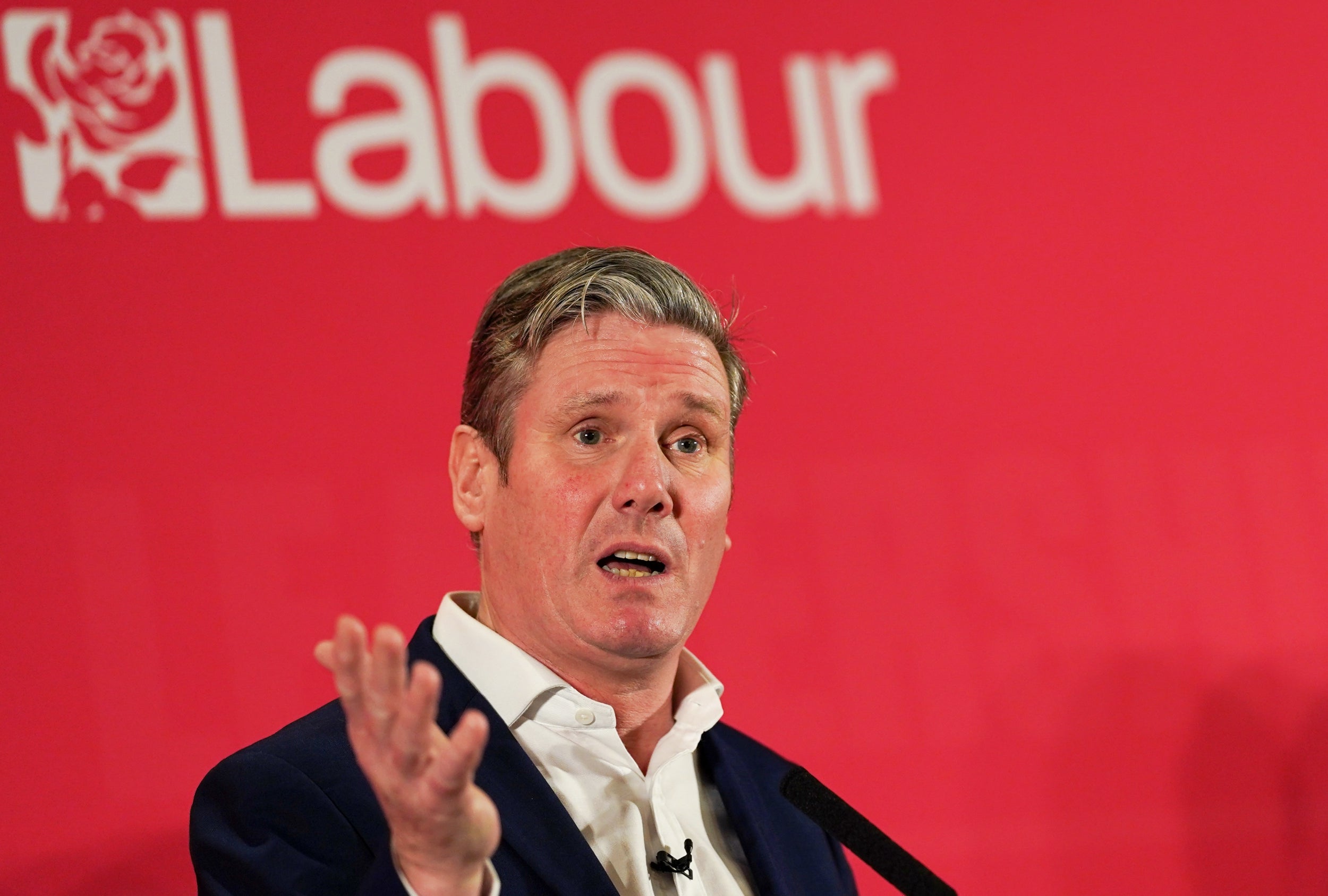 The MP for Holborn and St Pancras entered the race with calls to “rebuild” the party “fast”.

The shadow Brexit secretary said Labour had lost the public’s trust over a lack of clarity on Brexit, anit-Semitism and a “feeling that the manifesto was overloaded”.

He is battling for the party’s top spot against the former administration’s favourite Rebecca Long-Bailey and Wigan MP Lisa Nandy, as voting opens on Monday, February 24.

Who is Sir Keir Starmer and what is his background?

Sir Keir is the shadow Brexit secretary and MP for the London constituency Holborn and St Pancras.

He was born in Southwark in September 1962 to a nurse and a toolmaker and studied law at Leeds and Oxford University before becoming a high-flying human rights barrister.

During his time as a barrister, Sir Keir co-founded Doughty Street Chambers in 1990 and advised David Morris and Helen Steel during their marathon legal battle with McDonald’s which eventually became known as the McLibel case.

He worked as human rights adviser to the Policing Board in Northern Ireland and in 2008 he was appointed Director of Public Prosecutions (DPP) and Head of the Crown Prosecution Service for England and Wales.

Sir Keir was awarded a knighthood in 2014 for “services to law and criminal justice”.

In May 2015, he was elected as the MP for Holborn and St Pancras and later appointed shadow Home Office minister before resigning from the role in 2016.

The Remain-backing MP was appointed Brexit Secretary in 2016, and has continually used the role to question the government’s plans over Brexit.

When did he join the Labour leadership race and what are the odds of him winning?

Sir Keir announced he was entering the Labour leadership contest on January 4 as the fifth MP to launch a bid to replace Mr Corbyn.

The vocal Remain supporter launched his campaign in the Brexit-backing town of Stevenage, calling on the party to listen to voters to win back trust after its worst general election defeat since 1935.

A number of activists had urged him to stand for leader following the resignation of Ed Miliband in 2015 but he ruled it out citing his lack of political experience.

Sir Keir is now the only man in the running for this year’s race, after his colleague Clive Owen dropped out early on. He made it to the final three candidates alongside Ms Nandy and Ms Long-Bailey.

The MP has spoken of Labour’s “overloaded” manifesto, but told Andrew Marr that “we shouldn’t retreat from the radical”.​

So far, he has picked up support from key trade unions such as Unison as well as the support of more than half all constituency parties.

Sir Keir is the clear favourite to win the leadership race, according to the bookmakers who have given the shadow Brexit secretary huge odds of 1/8 to win.

Ms Long-Bailey meanwhile has been listed at 17/2 and Ms Nandy has been priced 25/1 to win the Labour leadership race.

Sir Keir has been an outspoken Remainer and has historically voted for more EU integration as well as a second Brexit referendum and for the UK to stay as a member of the bloc.

He has called himself a socialist and has strongly criticised anti-Semitism in the Labour party.

In terms of social issues, he has unwavering supported equality and human rights, voting for equal gay rights and same-sex marriage.

The shadow Brexit secretary has usually voted against reducing welfare benefits spending and for paying higher benefits over long periods for those unable to work due to illness or disability.

Who are the final candidates in the Labour leadership race?


His history of voting also points to support of devolution, after supporting the transferral of more powers to the Scottish Parliament and the Welsh Assembly.

Generally, he has voted for higher taxes on banks and against raising the threshold at which people start to pay income tax.

He voted against a stricter asylym system and stronger enforcement of immigration rules.

On environmental issues, he has consitently supported measures to prevent climate change.

Who is his wife Victoria Starmer?

Victoria Starmer is a solicitor and the couple married in 2007.

Sir Kier and Victoria have two children together.

Their 10-year-old son and eight-year-old daughter live with them in Camden, north London.