A Ukrainian passenger plane bound for Kiev appeared to already be in flames before it fell from the sky and into a farm field outside of Tehran on Wednesday, sparking speculation it was shot down before killing all 170 passengers on board.

However, flight data shows the three-year-old Boeing 737-800 for Ukrainian International Airlines flight PS752 reached an altitude of 2.4 km and then suddenly disappeared.

The plane ‘crashed around Parand’, about 60 kilometres south-west of the Iranian city and all on board dead according to state media.

Unverified video footage tweeted by the BBC’s Iran correspondent, Ali Hashem, appeared to show the plane burning in the sky before crashing in a huge explosion. 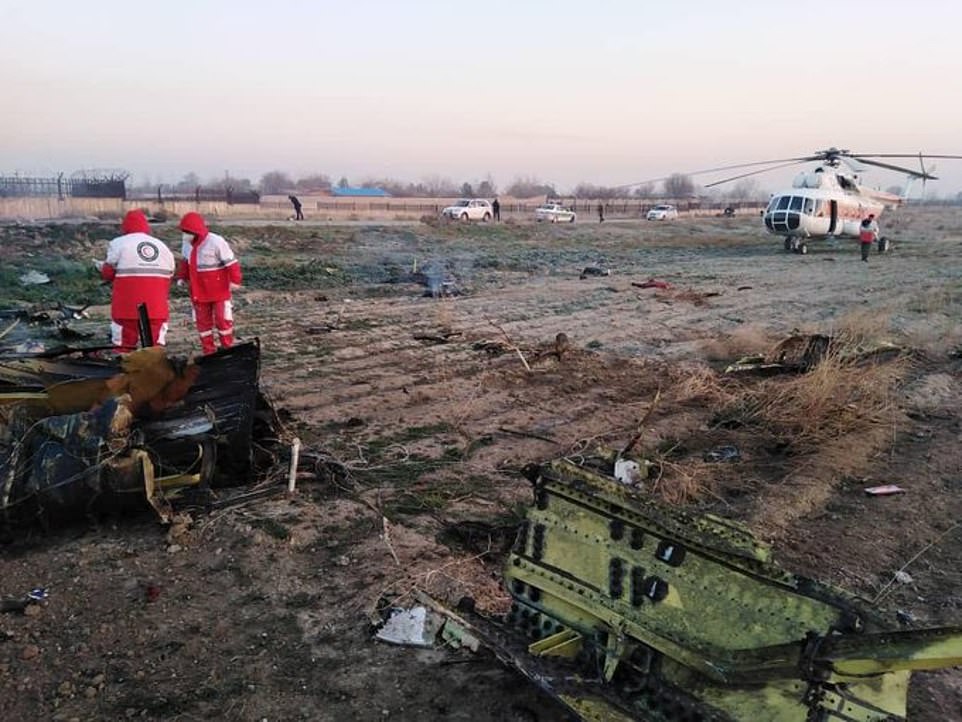 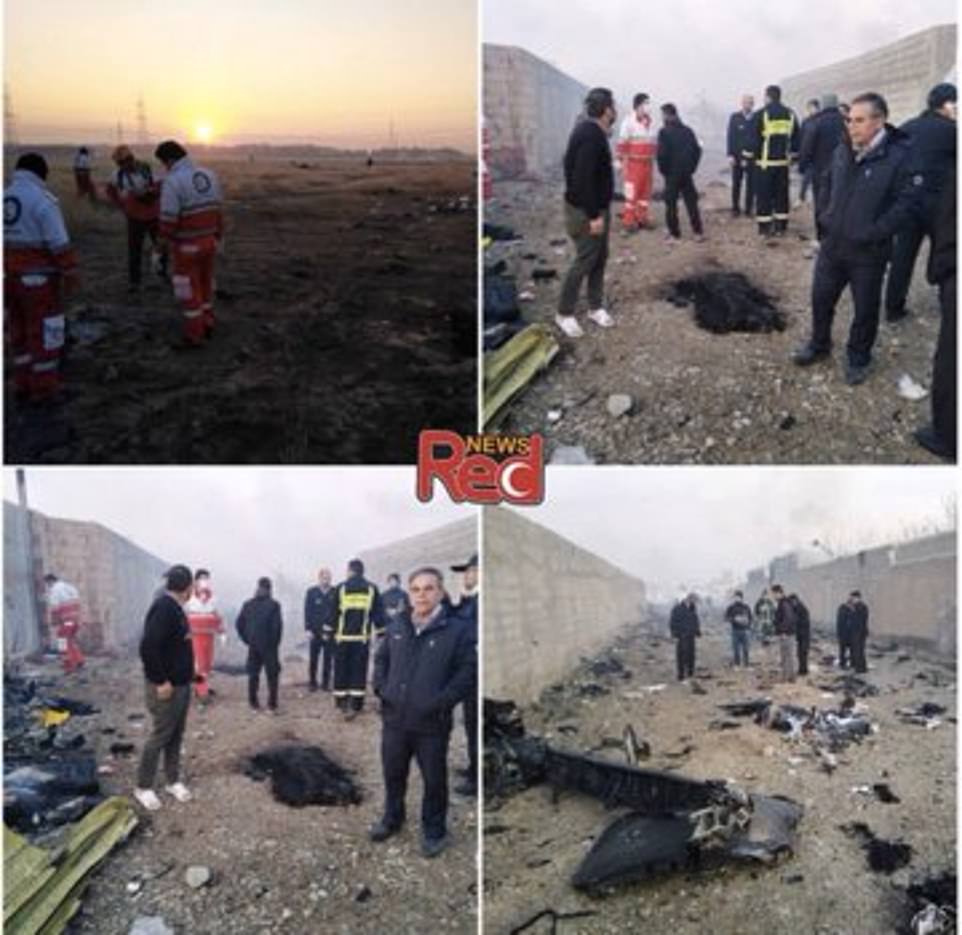 Images of the wreckage showed it was unlikely anyone survived. All on board died according to state media. The head of Iran’s emergency services initially said they may be able to save a few on board but later said the fire was too heavy and could do no rescue 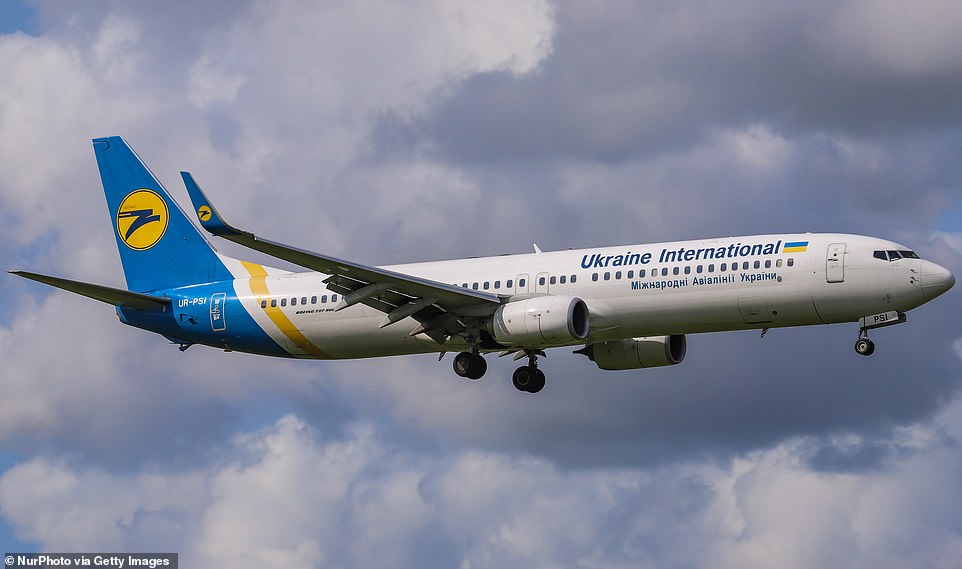 The airliner, said to be a Boeing 737, went down around Parand 60 kilometres south-west of the Iranian city Tehran. The aircraft took off 2.44am UTC (6:14am local time) on Wednesday and had reached 7,925ft 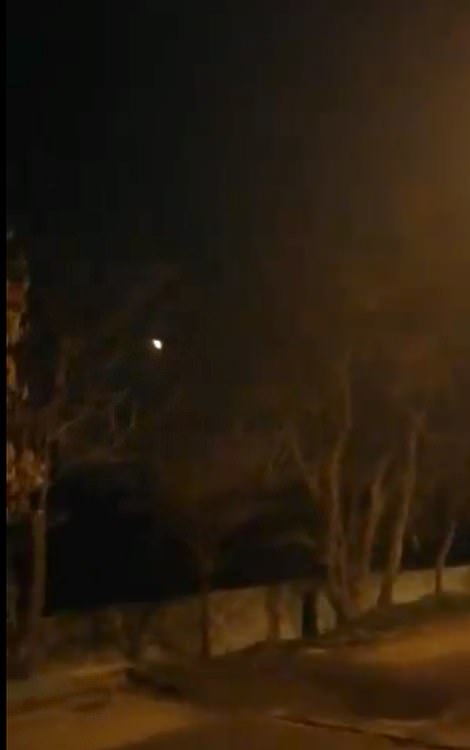 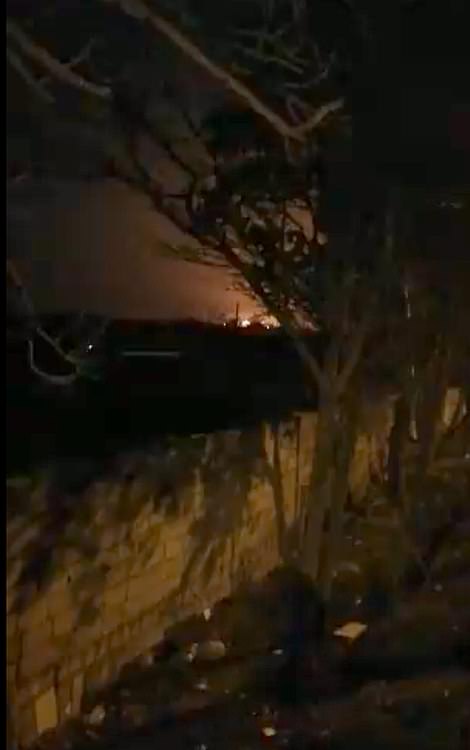 Unverified video appeared to show the first footage of a Ukrainian flight no. PS 752 plane falling. But it appeared to be on fire before it fell into a farm field

A photo later published by Iran’s state-run IRNA news agency showed rescue officials in a farm field, with what appeared to be pieces of the aircraft laying nearby. IRNA had estimated 180 on board.

Flight information shows the plane taking off at 2.44am UTC (6.14am local time) and reaching a height of 7,925ft before the data abruptly ends.

An investigation team was at the site of the crash in southwestern outskirts of Tehran, Iran’s civil aviation spokesman Reza Jafarzadeh told the Associated Press.

‘After taking off from Imam Khomeini international airport it crashed between Parand and Shahriar,’ Jafarzadeh said. ‘An investigation team from the national aviation department was dispatched to the location after the news was announced.’

Images from the scene Wednesday morning indicated that it was unlikely anyone survived.

There was not much of the aircraft left in tact amid the wreckage in the field where the plane crashed.

‘The plane is on fire but we have sent crews … and we may be able to save some passengers,’ Pirhossein Koulivand, head of Iran’s emergency services, told State TV.

He later said: ‘The fire is so heavy that we cannot (do) any rescue… we have 22 ambulances, four bus ambulances and a helicopter at the site.’ 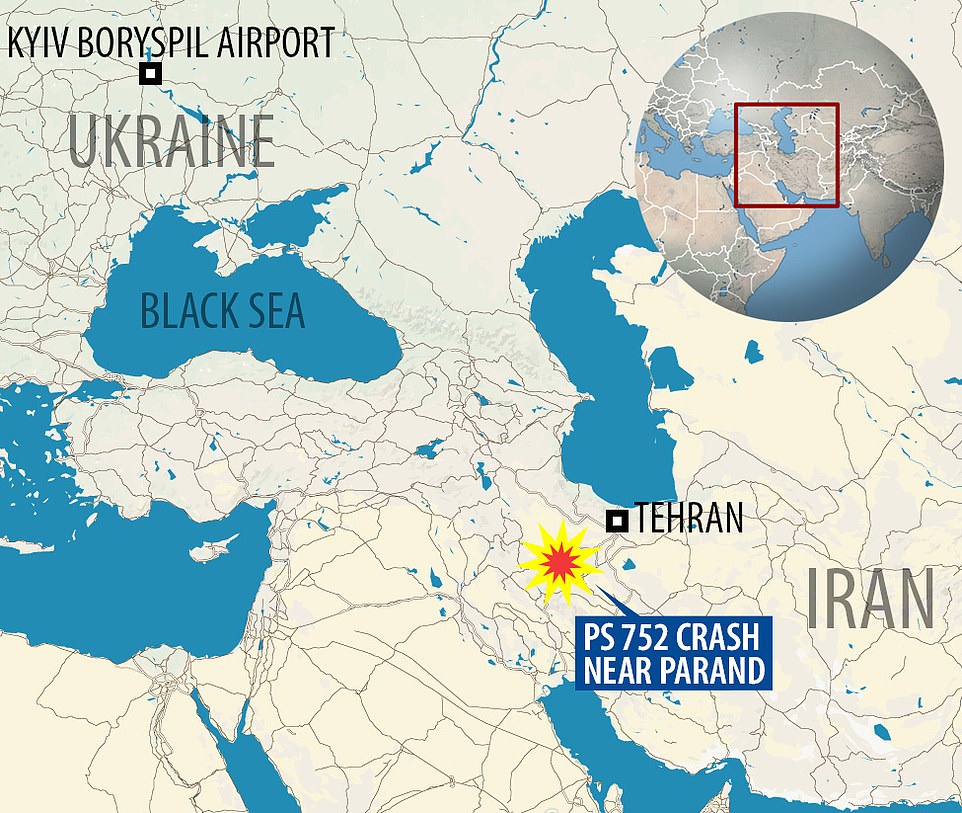 An investigation team was at the site of the crash in southwestern outskirts of Tehran, Iran’s civil aviation spokesman Reza Jafarzadeh told the Associated Press 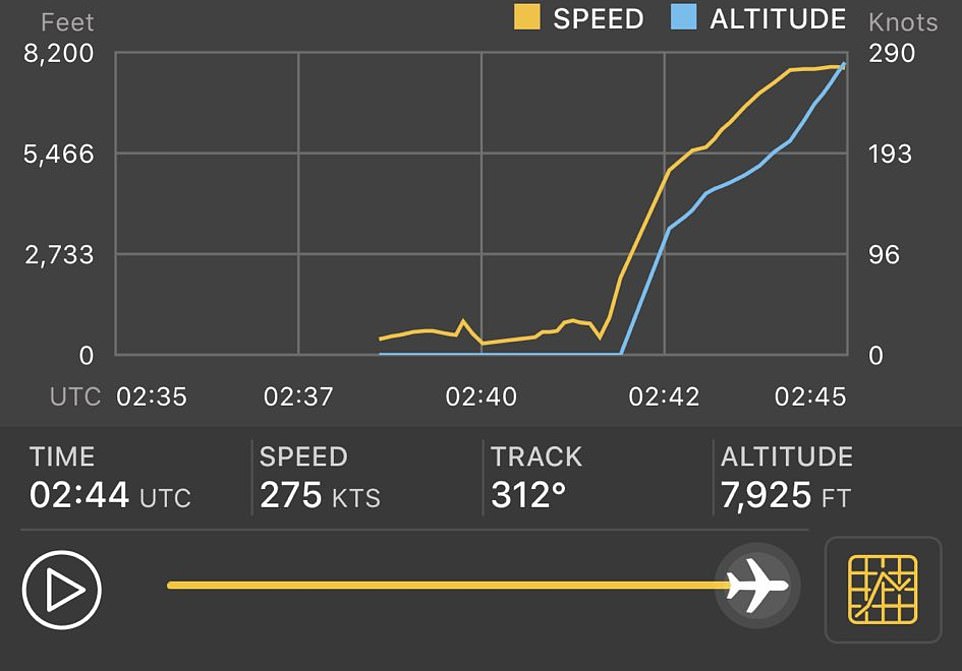 According to the flight record, the plane was doing 275kts when it was downed. Flight data shows the three-year-old Boeing 737-800 reached an altitude of 2.4 km and then suddenly disappeared three minutes after take-off in Tehran

The Boeing 737-800 is a very common single-aisle, twin-engine jetliner used for short to medium-range flights. Thousands of the planes are used by airlines around the world.

Introduced in the late 1990s, it is an older model than the Boeing 737 MAX, which has been grounded for nearly 10 months following two deadly crashes.

A number of 737-800 aircraft have been involved in deadly accidents over the years.

Chicago-based Boeing Co. did not immediately respond to a request for comment. Boeing, like other airline manufacturers, typically assists in crash investigations. However, that effort in this case could be affected by the U.S. sanctions campaign in place on Iran since President Donald Trump unilaterally withdrew from Tehran’s nuclear deal with world powers in May 2018.

Both Airbus and Boeing had been in line to sell billions of dollars of aircraft to Iran over the deal, which saw Tehran limit its enrichment of uranium in exchange for the lifting of economic sanctions. But Trump’s decision halted the sales.

The burial for Revolutionary Guard Gen. Qassem Soleimani has taken place in his hometown earlier

Trump and his advisers are under pressure to disclose more details about the intelligence that led to the U.S. strike.

Iranian President Hassan Rouhani had previously made veiled threats to American airliners after tweeting a reference to the 1988 Lockerbie bombing that killed 270 people.

Rouhani tweeted that America should ‘never threaten Iran’ after warning the US should ‘remember the number 290’ in reference to an incident when the US Navy accidentally shot down an Iranian passenger jet in the Persian Gulf in July 1988, killing 290.

Some Middle East experts have taken this as a veiled reference to the Lockerbie terrorist attack, which saw a bomb destroy Pan Am flight 103 over Scotland in December 1988 killing 270 – months after the downing of Iranian flight 655.

Libya has always been blamed for the Lockerbie bombing, and one of their intelligence agents was jailed in Scotland for the terror attack.

But Western spies believe Tehran played a role in the attack and executed it in revenge for the downing of the Iranian passenger jet – now Rouhani’s sinister return to the episode and threatening of consequences has fueled those suspicions.