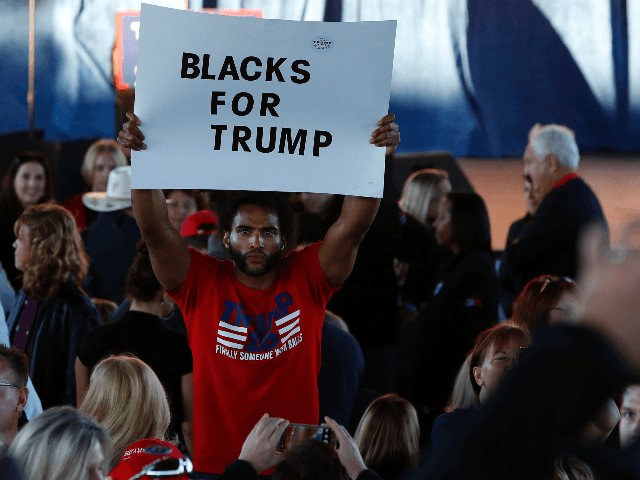 Sen. Tim Scott (R-SC) predicted Thursday that black support for President Donald Trump would jump in 2020, as a result of the president’s success in office.

“President Trump will see a 50 percent increase in his African-American support,” Scott told Fox News host Neil Cavuto. “It will go from eight percent in 2016 to a minimum of 12 percent in 2020. He may even get to 15 percent of the African American vote, and that is game over.”

Under Trump, Scott said, black home ownership was up two percent. He also praised Trump for getting permanent funding for historic black colleges and universities for the first time in history and passing and signing criminal justice reform.

“Seven million more jobs during this administration, more than half of those jobs going to African-Americans and Hispanics,” Scott said.

The Trump campaign has stepped up outreach to black voters, promoting prominent leftists to sound the alarm to fellow activists.

“WAKE UP, folks,” Jones wrote on Twitter. “The Iowa Caucus was a debacle, followed by a strong State of the Union speech laying out Trump’s strategy to win – which includes going for Black voters. This was a warning shot from the Trump campaign to liberals, and we need to take this VERY seriously in order to win.”