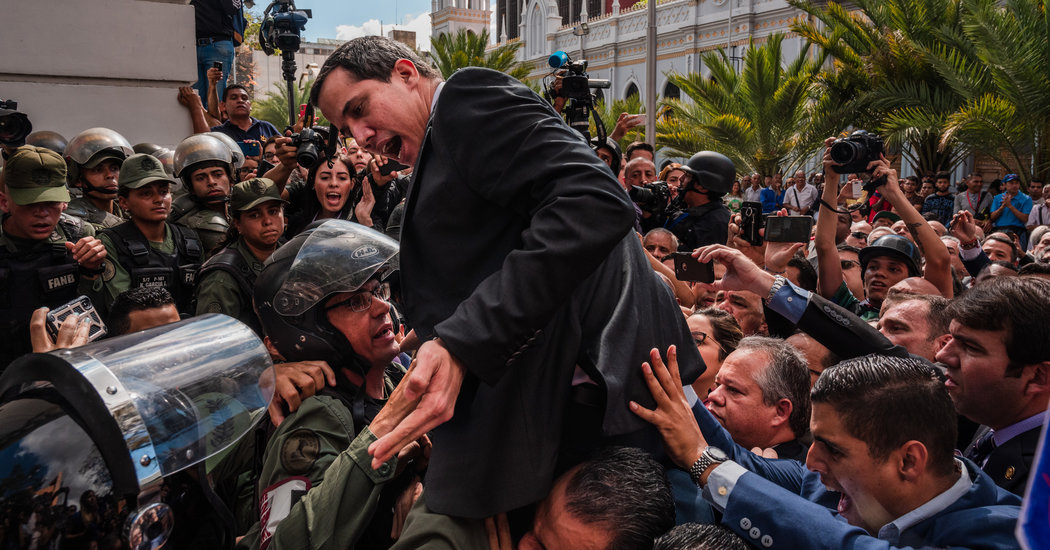 CARACAS — Venezuela’s National Assembly erupted into chaos on Tuesday as opposition lawmakers took their seats to begin the new year’s session, but only after forcing their way through a phalanx of government soldiers. National Guardsmen in body armor initially prevented Juan Guaidó, the leader of the country’s opposition, from entering the building along with […]