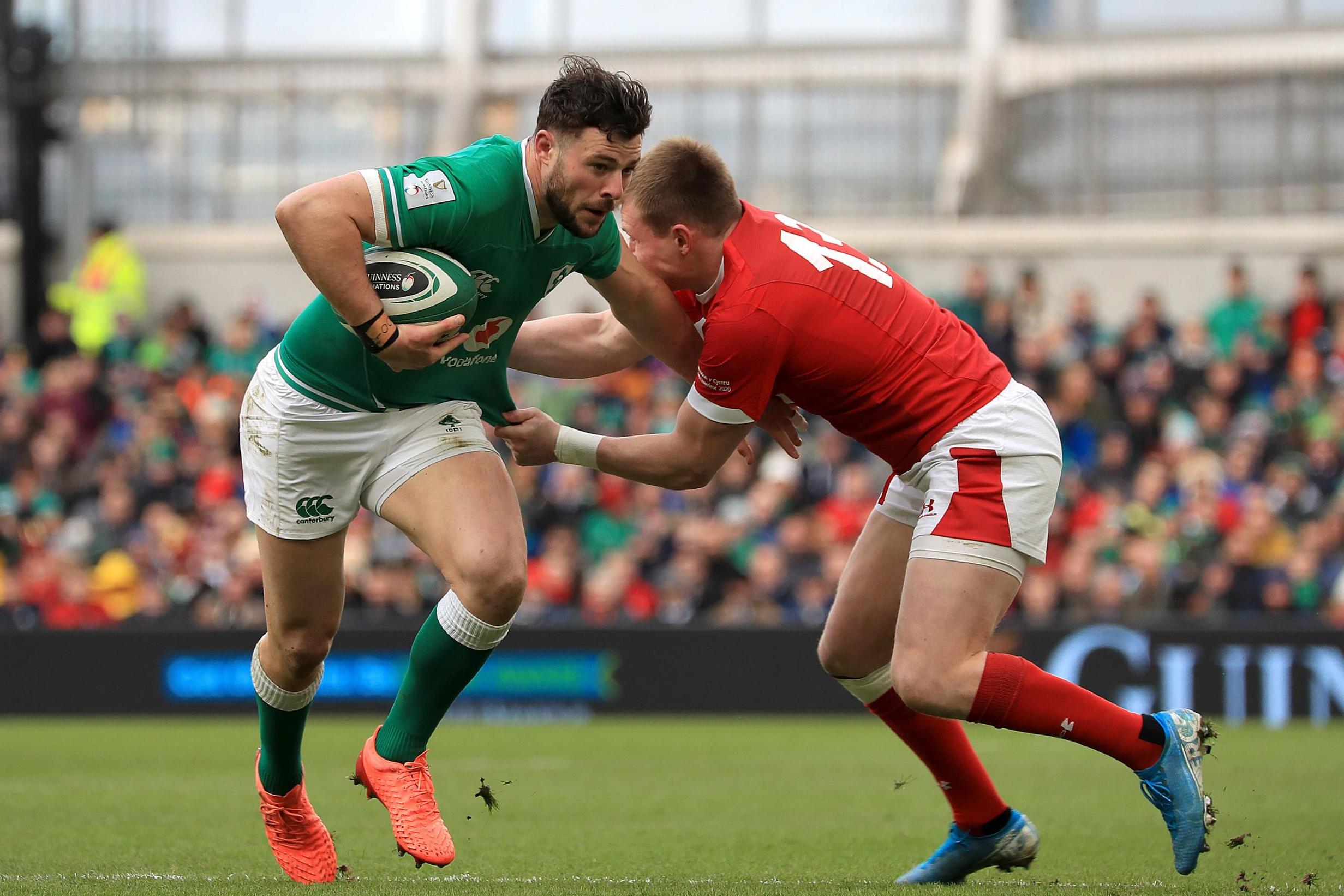 Welcome to the Evening Standard’s live Six Nations commentary of Scotland vs England and Ireland vs Wales.

England need to bounce back from defeat to France on the opening weekend when they face Scotland at Murrayfield at 4.30pm today.

Heavy rain is forecast for Edinburgh, where Eddie Jones will aim to reignite England’s title charge and regain the Calcutta Cup.

In today’s early game, Ireland face Wales in Dublin while France take on Italy to Paris on Sunday.

Follow all of the action live this weekend, including analysis from Will Macpherson at Murrayfield…

30 mins: After the try, a horror moment for Tomos Williams as Wales take a quick lineout inside their 22.

Alun Wyn Jones claims possession, but Williams drops the ball before providing the kick and suddenly Ireland have a five-metre scrum.

Biggar plays a neat one-two with skipper Alun Wyn Jones and then finds half-back partner Williams, who streaks clear to touch down.

Suspicions of a forward pass from Jones to Biggar? The officials are happy and Biggar adds the extras.

26 mins: A massive blow for Wales as Adams is replaced by McNicholl.

Biggar will kick for touch after Ireland are pinged for an accidental offside.

24 mins: A worry for Wales now as Adams – who has 10 tries in his last eight international appearances – receives treatment.

He is still down as play resumes. We could be seeing Johnny McNicholl sooner rather than later.

22 mins: Turnovers aplenty here as Stander – who was brilliant for Ireland against Scotland after being moved back to no8 – does the business once again.

20 mins: A horrible miscue from Sexton on the conversion attempt!

19 mins: Brilliant from fleet-footed full-back Larmour, who steps back inside to create an all-important gap and shrug off a poor, high tackle attempt from Tompkins.

Tomos Williams can’t bring him down either and he powers over the line with red shirts draped all over him.

18 mins: Another poor kick from Biggar gives Ireland a decent platform from which to launch their latest attack.

Ireland are content to let their forward pack drive twice for the line, but a maul then collapses and Wales have the put-in at the scrum.

Sexton is querying French referee Romain Poite’s interpretation of the rules around the maul, particularly Faletau’s role in the middle.

15 mins: Play opens up for Ireland on the left flank, with Stockdale bursting forward after good work from the likes of Henderson, CJ Stander, Murray and Henshaw.

However, Biggar looks to secure the turnover for Wales, who are eventually whistled for an infringement.

Sexton kicks into touch deep inside the Welsh 22…

12 mins: Wales kick for the attacking lineout just outside the Irish 22, but Bundee Aki manages to steal possession back for Ireland on the deck.

Wyn Jones enters a ruck from the side and the men in green have the penalty, which Sexton – with his knee heavily strapped – will fire into touch.

11 mins: Wales hold the ball patiently at a pretty even scrum and try to release the dangerous Josh Adams, but he finds space hard to come by.

Wales are then a bit loose with their passing, but play is brought back following a penalty advantage.

Ireland scrum-half Conor Murray penalised for not rolling away.

8 mins: The kicks are hammered back and forth by Leigh Halfpenny and Stockdale as these two sides compete for territory.

Biggar eventually calls for the mark and punts clear into touch downfield.

6 mins: Plenty of early possession again for Ireland as Henshaw makes inroads into that Welsh 22.

However, Welsh loosehead Wyn Jones does excellent work at the breakdown to win another key penalty.

4 mins: Sexton puts the pressure on with one of those high kicks into the opposition 22, but Wales – who have been very narrow in defence to start this contest – just about manage to hack clear.

The hosts very much on top thus far as Welsh centre Hadleigh Parkes slices a kick straight out of play.

3 mins: Wales win a crucial, pressure-relieving scrum penalty just in front of their own line, but Biggar doesn’t succeed in finding touch.

Ireland will come once more…