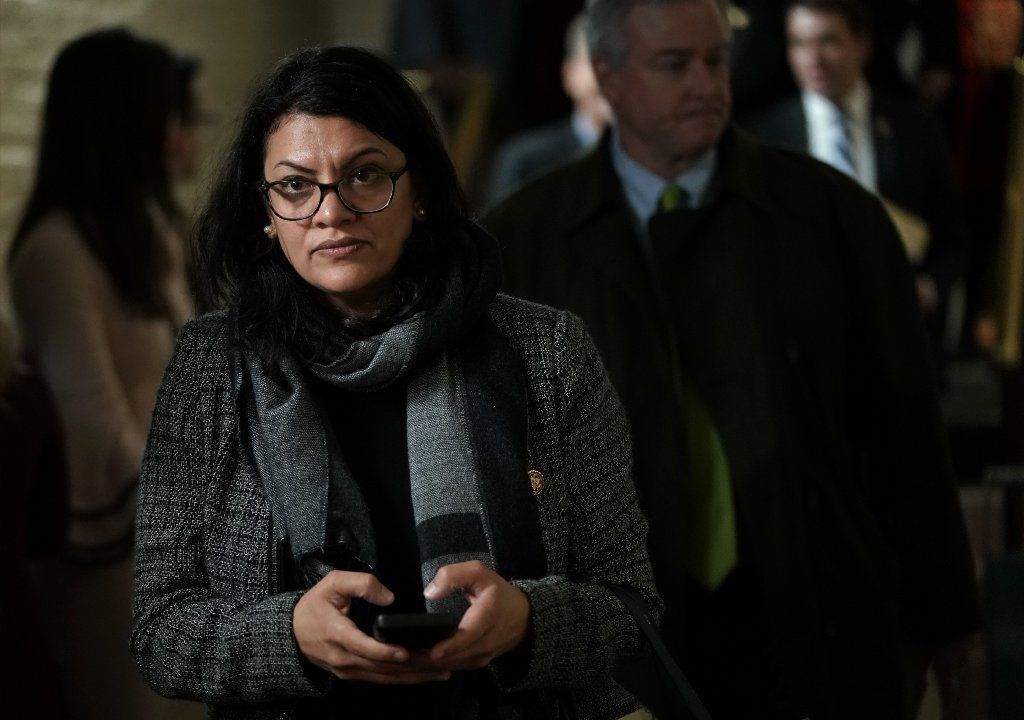 The abrupt withdrawal of a permit allowing Rep. Rashida Tlaib to speak at a San Diego County high school, reportedly to allow staff time to clean the facility before the holiday break, will not block the Democratic congresswoman’s visit, organizers say.

The Poway Unified School District first approved the event Wednesday, then did an about-face Thursday after receiving a letter from a conservative group opposed to the program. Since then, the Center for Islamic-American Relations has been overwhelmed by offers of alternate venues for the Dec. 21 program, said Dustin Croan, CAIR California’s executive director.

Croan said he spoke Friday with Poway Supt. Marian Kim-Phelps, who declined to speak with the San Diego Union-Tribune. But Board of Education President Darshana Patel said Friday it was an unfortunate situation that is surrounded by misunderstanding.

The event was originally scheduled to take place at the Westview High School theater in Poway. Patel said the district is “working hard” with CAIR to find another location.

“It looks like it is going to work out,” she said.

Croan said the $65-a-head event, called “Defending Our Communities, a Conversation with Rep. Rashida Tlaib,” will “definitely go forward and will probably be bigger than we had planned for originally.”

He said when a new venue is chosen it’s possible the location will be kept secret “because we don’t want a large white supremacist presence.” He said people who originally registered for the event will be sent emails informing them of the new gathering place.

Tlaib, 43, has represented Michigan’s 13th Congressional District since early this year. She is the first Palestinian American woman in Congress and, with Ilhan Omar, D-Minn., one of the first two Muslim women elected to Congress.

She has been a vocal critic of the Trump administration and has sharply criticized the Israeli government and called for an end to U.S. aid to Israel.

Tlaib is a member of the informal group known as “The Squad” along with Omar, Ayanna Pressley, D-Mass., and Alexandria Ocasio-Cortez, D-N.Y.

On Wednesday, CAIR received notification from the school district that they had been approved to use the Westview High School theater. That same day, a conservative group called the Freedom of Conscience Defense Fund sent a letter to the superintendent and school board president objecting to the use of the theater on the grounds that it was insensitive to the local Jewish community. The letter said the area is still recovering from the April shooting at the nearby Chabad of Poway which left one dead and three injured.

Then, on Thursday, CAIR was notified by the school district that permission to hold the event had been withdrawn. The Freedom of Conscience Defense Fund put out a news release Thursday taking credit for playing a role in getting the event canceled.

Christine Paik, the district’s spokeswoman, said Thursday the reason had nothing to do with the event itself.

“This time of year is crazy,” Paik said Thursday. “All of the holiday concerts and events are happening at our facilities. At that theater in particular, there is something scheduled every day through Friday (Dec. 20),” she said.

She said the 21st was the first and only time when scheduled maintenance of the building could be done before employees went home for the winter break.

“Sometimes, facilities requests are approved without consulting the maintenance schedule, and that’s what happened in this case,” Paik said.

On Friday, she reiterated the district’s policy regarding the use of their facilities.

“Even if a permit is initially granted,” Paik said, “our policy clearly states that the school district expressly reserves the right to unilaterally change or revoke the permit in part or entirely without notice should the facilities be needed for any purpose.

“That said, under the Civic Center Act, which school districts must follow by law, school districts must make facilities available to citizens and community groups with equal opportunity and to the maximum extent possible. Thus, PUSD has been working with CAIR representatives to find a suitable alternative location for their event. And we should reiterate that any events held by CAIR or any other outside organization on PUSD property does not imply school or District affiliation, sponsorship or endorsement.”