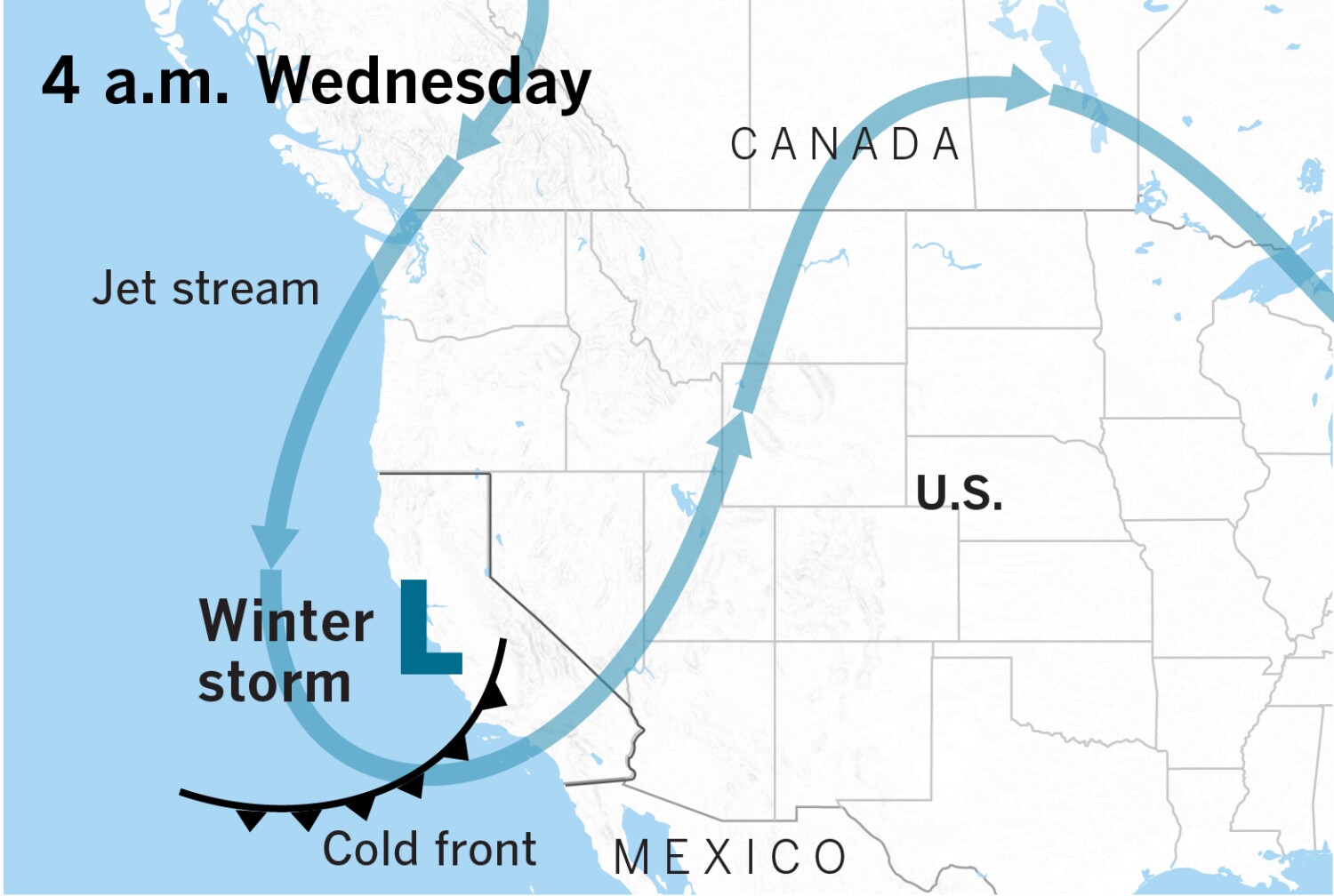 After a dry, tranquil day Tuesday, a cold, soggy guest will muscle its way into Southern California’s holiday plans late that night.

A deep upper-level trough of low pressure is forecast to develop over the West Coast and bring cold, wet conditions to the region from Wednesday through at least Friday, according to the National Weather Service. The system is carrying sufficient moisture to bring moderate to locally heavy precipitation and, with the cold air aloft, may generate isolated thunderstorms.

Winds may gust as high as 50 mph in the mountains, and snow levels could drop as low as 2,000 feet. Significant snow accumulations are expected at resort levels.

Since the Tejon Pass is 4,160 feet, that spells trouble for holiday travel on Interstate 5 over the Tehachapi Mountains. Snow accumulations could force roadway closures over the Grapevine by Wednesday afternoon, and all travel to and from Southern California could be disrupted, the National Weather Service said.

Because of the threat of thunderstorms, there is a risk of debris flows in burn areas. Rainfall estimates for this storm call for about 1 to 3 inches for the coast and valleys, and 3 to 5 inches for the foothills and at lower elevations of the mountains. A foot or more of snow is possible at the higher elevations.

By Thursday night into Friday, rain will generally taper off to isolated showers, but downpours are still possible with thunderstorms.

“Californians are going to be slammed with a sloppy, slippery and snowy Thanksgiving,” said Patzert. “Here comes the rain and snow we’ve all been waiting for.”

Patzert advises caution on the roadways. “Or better yet, snuggle up at home.”