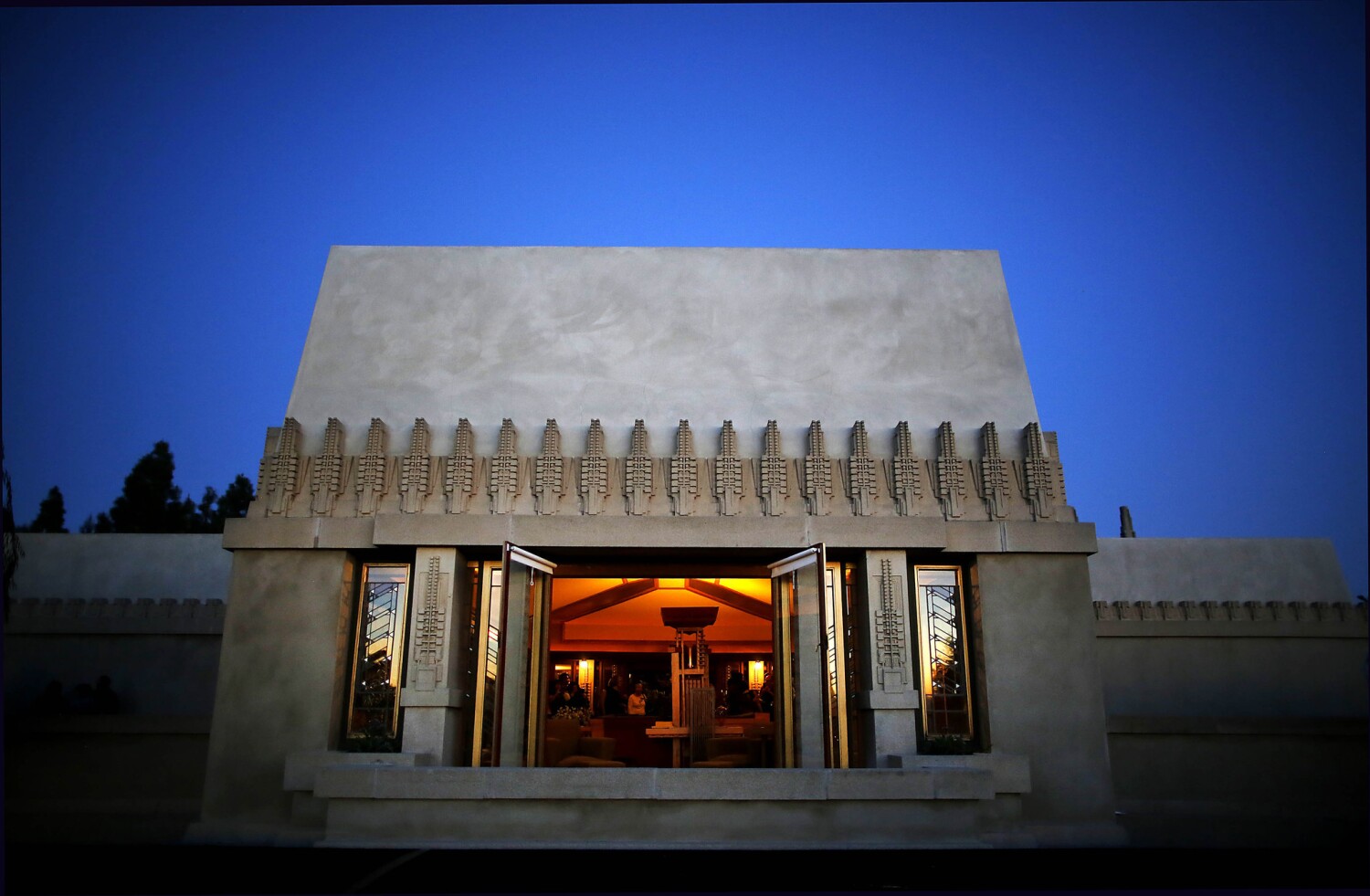 “The unveiling of the plaque,” O’Farrell said, “underscores what we already know: The structure represents an unparalleled symbol of cultural heritage and an outstanding contribution to design in the city of Los Angeles and the world.”

The Hollyhock House, which was almost demolished in the 1940s, earned Los Angeles its first World Heritage designation in July.

Built between 1918 and 1921 on a hill in East Hollywood, the house joins Wright’s more famous creations — the spiral-shaped Solomon R. Guggenheim Museum in New York City, Fallingwater in Pennsylvania, and Taliesin West in Scottsdale, Ariz. — that collectively recognize the genius of Wright’s architecture as a cultural global treasure.

Eight of Wright’s buildings nationwide represent the first U.S. modern architecture designations on the World Heritage list. There are 1,121 World Heritage Sites around the world, of which 869 are awarded cultural status.

The Hollyhock House is named for stylized motifs of the flower of the same name that dominate the concrete house’s exterior. It was said to be the favorite flower of Aline Barnsdall, an oil heiress who engaged Wright to build her a hilltop community on what is now Barnsdall Art Park. Visitors can tour the outside gardens and the house for $7 for a self-guided tour and $14 for a docent tour.