Newsletter: Essential California Week in Review: A year in homelessness 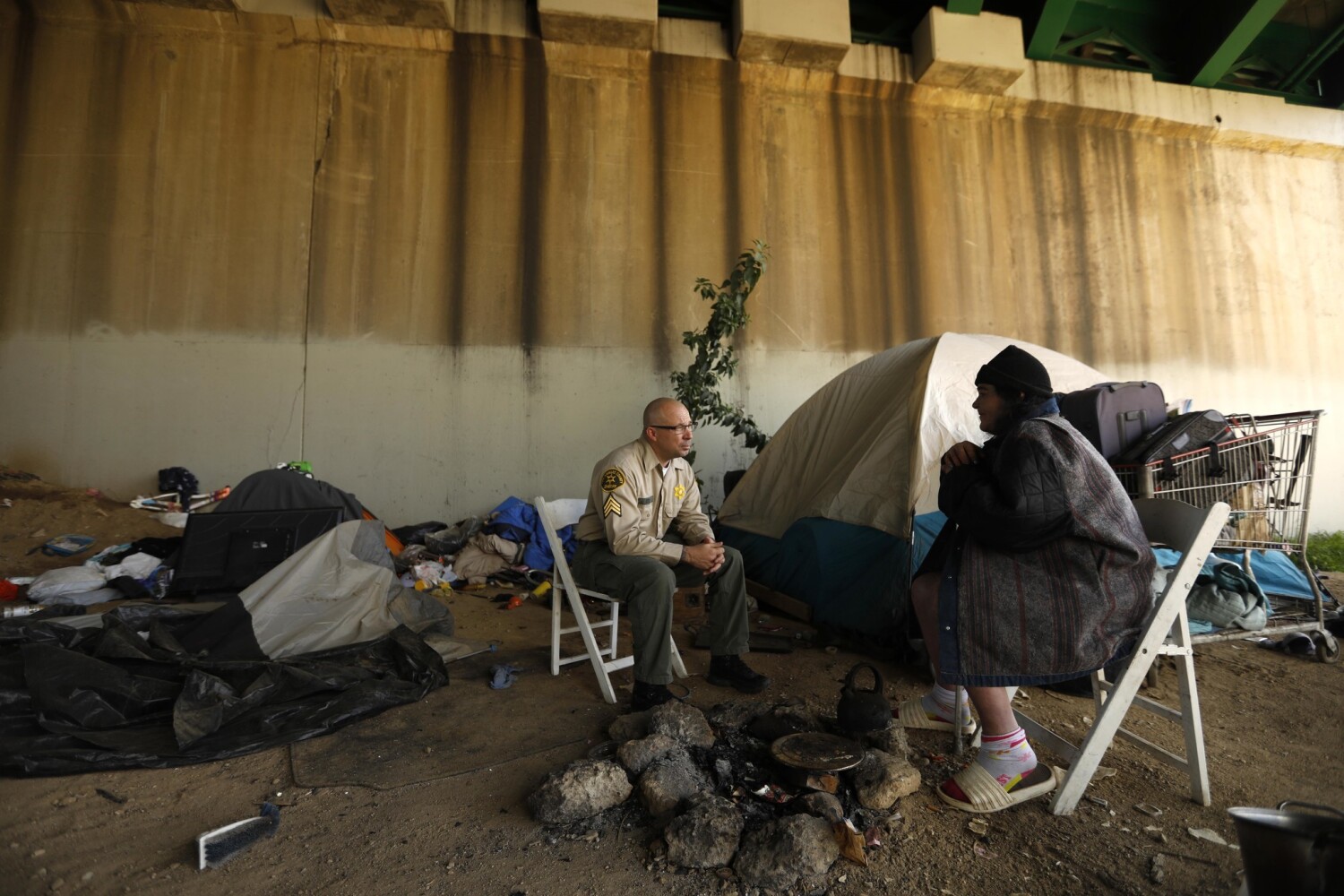 Good morning, and welcome to the Essential California newsletter. It is Saturday, Dec. 21.

Thank you to those of you who have already written in to tell us about how this year’s California headlines have affected your lives. If you haven’t already, we’d love tohear about your experiences for a year-end feature we’re working on.

Use this form to tell us about how a news event or issue affected you, and we’ll share some of the responses next week.

Here’s a look at the top stories of the last week:

Democrats debate in L.A. The remaining 2020 Democratic presidential candidates gathered at Los Angeles’ Loyola Marymount University on Thursday for the year’s sixth and final presidential debate. Here are a recap and major takeaways from the evening.

Porto’s Bakery & Cafe founder dies. Rosa Porto, the baker and Cuban émigré who founded the popular Porto’s Bakery & Cafe chain in Southern California with her family, has died at 89. The small bakery she began at Sunset and Silver Lake boulevards in 1976 became the quintessential L.A. restaurant — and an incredible story of American success.

Invisible victims. The Golden State Killer’s violence against women has been retold in detail. But little has been said about the male victims who were bound and forced to witness the terror of their loved ones.

Snowpack at new heights. In a boost for California’s water supply, a series of recent storms that blanketed the Sierra Nevada in snow has built the state’s snowpack to its highest December level since 2015.

Santa Anita investigation ends. After a nine-month investigation, a special task force that looked into 30 horse deaths at Santa Anita during this year’s winter/spring meeting issued a 17-page report that “did not find evidence of criminal animal cruelty or unlawful conduct.”

Ocean acidifying. Waters off the California coast are becoming more acidic twice as fast as the global average, stressing marine life and threatening some of the state’s most economically valuable fisheries.

Weeds versus gulls. The gulls that nest on Mono Lake’s islets in the eastern Sierra Nevada are facing a botanical invader they may not be able to overcome: thickets of invasive weeds that have engulfed most of their breeding grounds.

Star Wars hopes. In August, Disney reported a 3% dip in attendance for its domestic theme parks, despite the opening of Galaxy’s Edge earlier in the year. The new Star Wars: Rise of the Resistance ride may fix that.

This week’s most popular stories in Essential California

3. These 1920s apartments inspired one of the best noir films ever made. Curbed Los Angeles

5. ‘SNL’ has no idea what San Francisco houses actually look like. SF Gate

Saving the lost art of Hollywood: From the matchless Mary McNamara, the story of how more than 200 painted movie backdrops were saved from the studio dumpster. Los Angeles Times

Public lives and personal histories: On the letters of Elizabeth Hardwick, Robert Lowell and their circle, and the tangled subplots of art and life. New York Review of Books

Ten years ago, Folgers coffee first aired its now-infamous “Coming Home” ad. If that doesn’t ring a bell, let me refresh your memory: It was the brother-sister “you’re my present this year” commercial that looked surprisingly like it was selling … incest. A decade later, GQ has brought us the holiday present we didn’t know we needed — an oral history of how the ad came to be, according to the people who made it. GQ

“The human toll of the 2019 media apocalypse.” More than 3,000 journalists lost their jobs this year. These are some of their stories. GEN

Not a single read, but rather another rabbit hole for your weekend perusal: Music historian and critic Ted Gioia has put together a culture-focused list of his favorite essays and articles of 2019. TedGioia.com

Please let us know what we can do to make this newsletter more useful to you. Send comments, complaints, ideas and unrelated book recommendations to Julia Wick. Follow her on Twitter @Sherlyholmes. (And a giant thanks to the legendary Diya Chacko for all her help on the Saturday edition.)