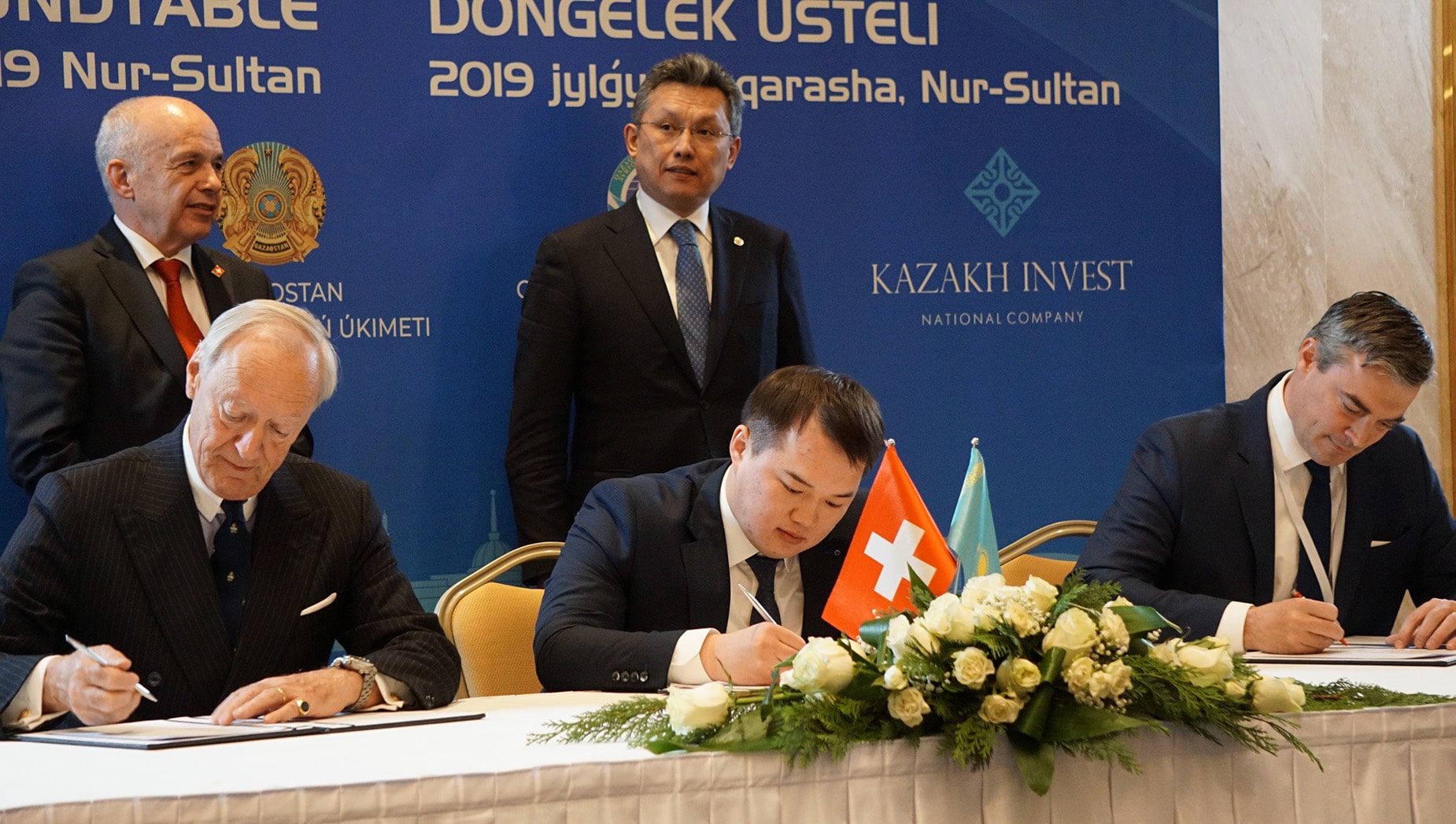 Maurer, who was accompanied to Kazakhstan by a delegation of Swiss business representatives and participated in the business forum, noted that on 22 November the main thing is not only quality, but also efficiency in decision-making. “It is important not only the quality of goods and services that Switzerland is proud of, but also the ability to quickly respond to proposals for cooperation,” he stressed.

Maurer announced the countries need to open direct flights between Zurich and Nur-Sultan.

During a meeting between the Maurer and his Kazakh counterpart Kassym – Zhomart Tokayev in the Akorda presidential palace, new areas of cooperation were discussed. “Mutual trade turnover last year exceeded $ 3 billion. At the same time, during the negotiations, we agreed on the need to intensify work on diversifying the trade structure in favour of expanding the non-resource component. This concerns investment cooperation. We need new high-tech anchor projects,” Tokayev said following a meeting with Maurer.

According to Tokayev, Kazakhstan has a great demand for the creation of innovative industries, the implementation of projects in the field of high technologies.

Switzerland is one of the largest trading partners of Kazakhstan, which is among the top ten countries in terms of mutual trade. The turnover between the two countries for 9 months of 2019 amounted to $1.9 billion. The total volume of Swiss investments in the economy of Kazakhstan from 2005 to the first half of 2019 amounted to $24.2 billion. The volume of attracted direct investments in the first half of the current year reached $1 billion. Currently, more than 40 enterprises with Swiss capital are successfully operating in Kazakhstan.