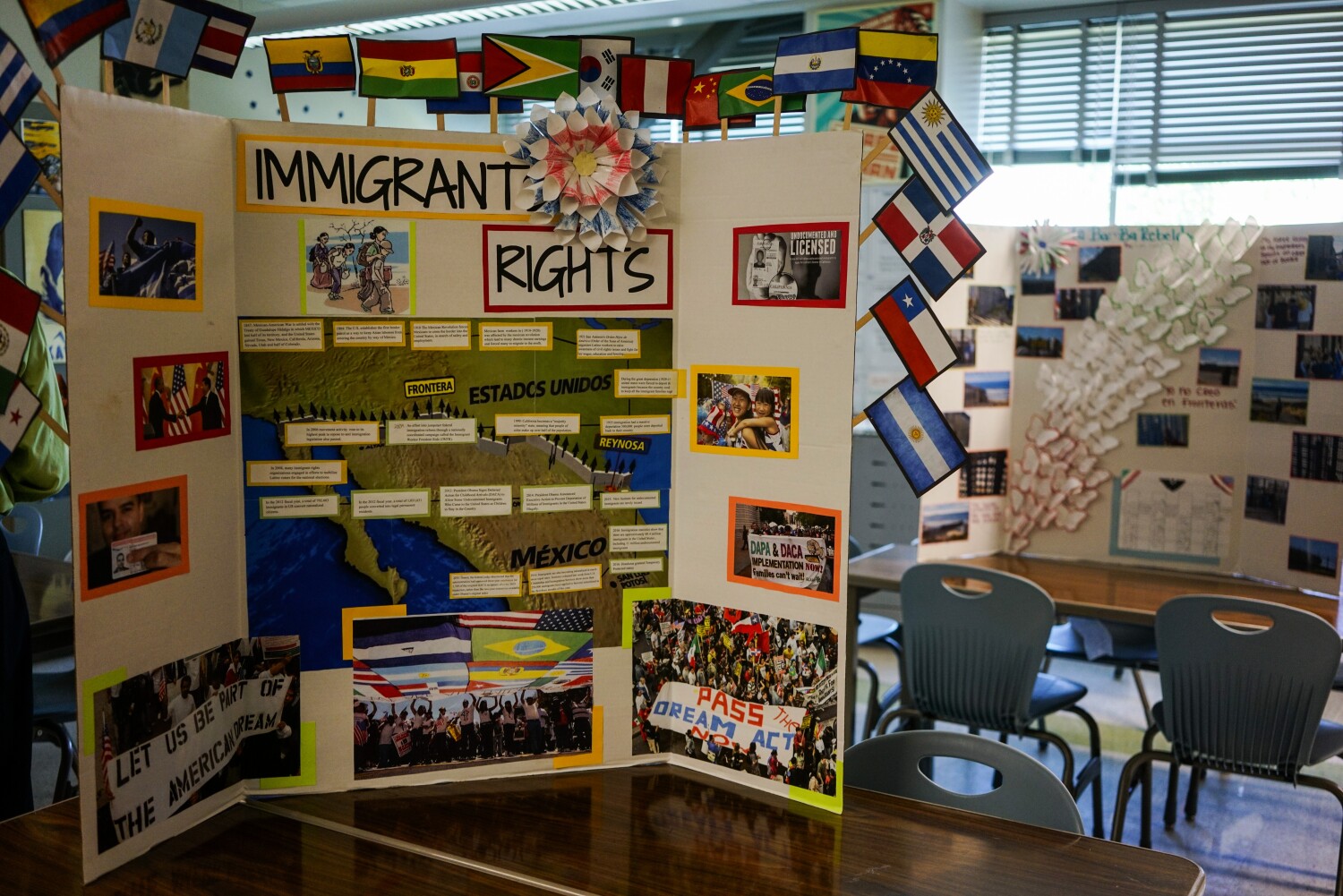 A bid to make a one-semester ethnic studies course a high school graduation requirement was vetoed late Wednesday by Gov. Gavin Newsom, who cited the ongoing controversy over the appropriate curriculum in his message on the legislation.

“I value the role ethnic studies plays in helping students think critically about our history and understand the experience of marginalized communities in our state,” Newsom wrote. “This academic discipline will help prepare our young adults to become civically engaged and participate fully in our democracy.”

For those reasons, Newsom said, he signed a separate bill last month making ethnic studies a graduation requirement for all 430,000 undergraduates in the California State University system.

But, Newsom said, the high school bill, authored by Assemblyman Jose Medina (D-Riverside), would come “at a time when there is much uncertainty” about what content should be included in a K-12 ethnic studies course.

In a statement, Medina called the veto “a missed opportunity” and “a disservice” to students.

“I am committed to making ethnic studies a reality for all of California’s students and will be re-introducing this legislation next year,” he said.

California is currently in the process of developing a model curriculum for ethnic studies. The process has been fraught with controversy.

An initial draft of the curriculum, released in the summer of 2019, provoked widespread objection, particularly among Jewish groups who argued that it was anti-Semitic, purposely excluded Jews, and promoted the Boycott, Divestment and Sanctions movement against Israel. Others criticized the curriculum, which included a glossary of discipline-specific terms, like “hxrstory” and “cisheteropatriarchy,” as being too jargon-filled and politically correct.

Officials in July released a new version, which eliminated the glossary altogether, clearly noted anti-Semitism as a form of bigotry and removed mention of the Boycott, Divestment and Sanctions movement.

The Instructional Quality Commission under the California Department of Education accepted public comments on the latest version of the curriculum and is expected to forward a draft to the state Board of Education by the end of the year. The board must adopt, modify or revise the curriculum by March 31, 2021.

Under Medina’s bill, taking a course based on the model curriculum would have been one way to satisfy the high school requirement.

At the request of Jewish legislators, the bill added caveats that instruction and materials for a course in ethnic studies “be appropriate for use with pupils of all races, religions, genders, sexual orientations, and diverse ethnic and cultural backgrounds, pupils with disabilities, and English learners”; “not reflect or promote … any bias, bigotry or discrimination against any person or group of persons”; and “not teach or promote religious doctrine.”

“I appreciate the amendments the author accepted to ensure that any ethnic studies coursework is free of bias and discrimination,” Newsom wrote in his memo. “I am also pleased that many more schools and districts have recently joined the hundreds of schools across our state that have adopted ethnic studies courses, and we intend to support these schools.”

But, Newsom said, he felt the initial draft of the model curriculum was “insufficiently balanced and inclusive” and that the latest draft “still needs revision.”

“The veto enables the Department of Education to reconsider its ill-conceived plan to produce a divisive program of ethnic studies,” the American Jewish Committee said in a statement. “AJC urges the Superintendent of Education continue efforts to improve the Ethnic Studies Model curriculum before its final adoption.”