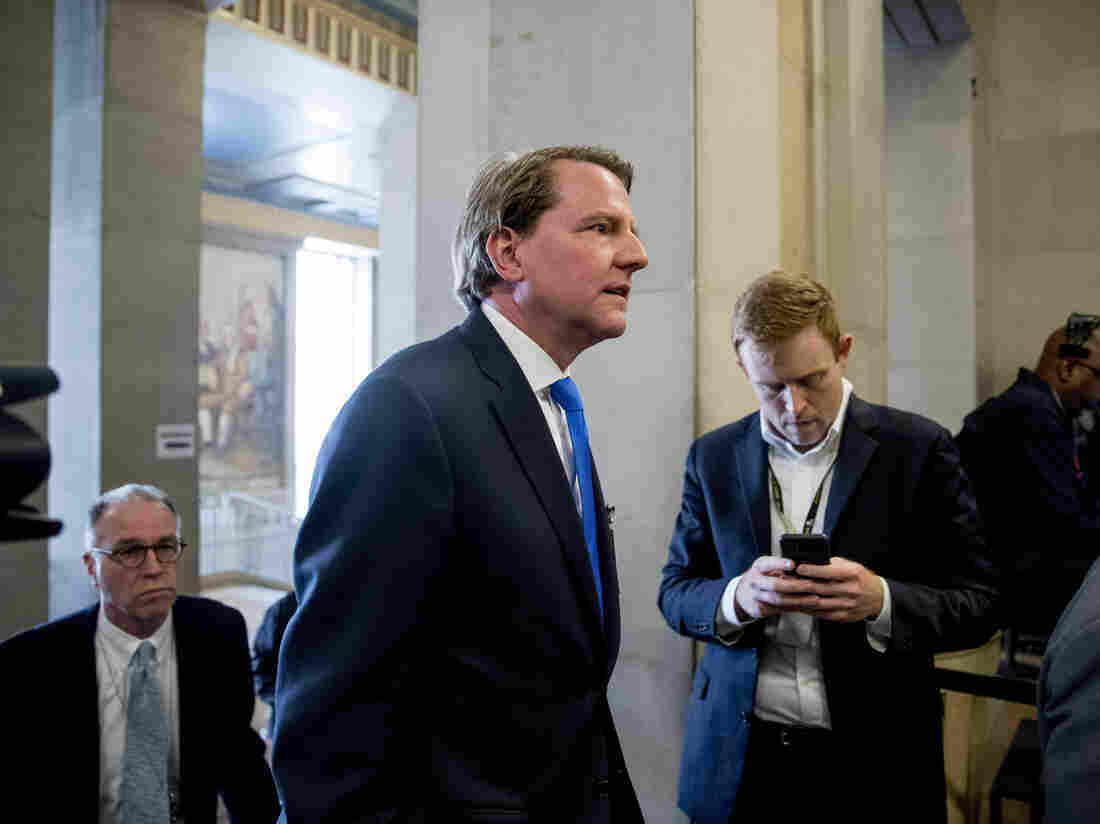 Former White House Counsel Don McGahn arrives for an event at the Department of Justice in May 2019. On Monday, a federal judge ruled he must testify to House lawmakers who have attempted to subpoena him in the fact of White House orders from McGahn to no comply. 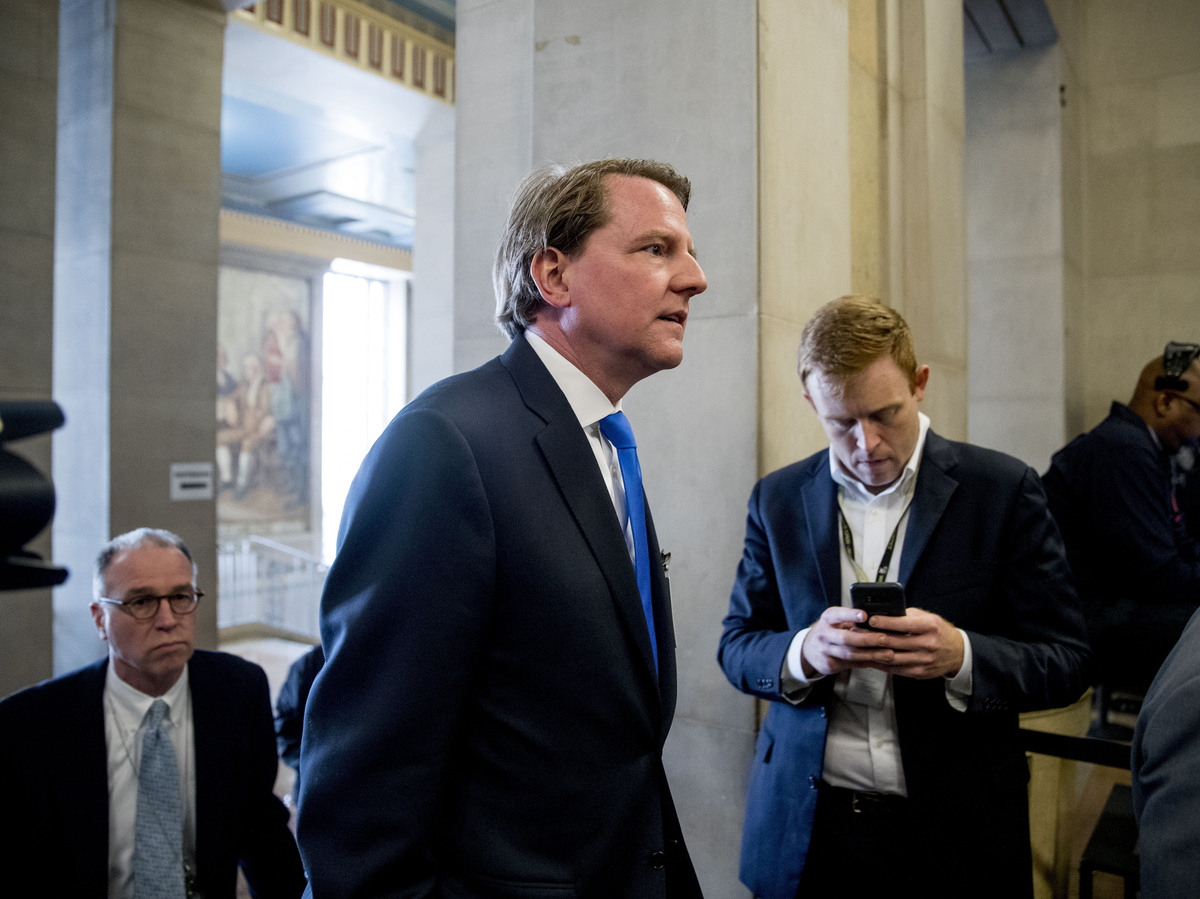 Former White House Counsel Don McGahn arrives for an event at the Department of Justice in May 2019. On Monday, a federal judge ruled he must testify to House lawmakers who have attempted to subpoena him in the fact of White House orders from McGahn to no comply.

A federal judge in Washington has ruled that former White House counsel Don McGahn must testify to House impeachment investigators, despite orders from the Trump administration that he not cooperate with Congress.

Jackson declared in her 118-page ruling that “no one is above the law.”

She added: “However busy or essential a presidential aide might be, and whatever their proximity to sensitive domestic and national-security projects, the President does not have the power to excuse him or her from taking an action that the law requires.”

The ruling could have implications for other key witnesses, such as former national security adviser John Bolton who has refused to testify until a federal court weighs in on the conflict between Congress and the White House.

The Trump administration is expected to appeal, which could delay McGahn’s testimony to House investigators.

White House lawyers have said McGahn is among a small cadre of current and former senior administration officials who cannot be forced to testify about matters related to the president since it risks revealing information that is protected under executive privilege. At a hearing last month, a Justice Department attorney said McGahn and other former top White House aides are shielded by “absolute immunity.”

Yet Jackson was deeply skeptical about this argument, citing the challenge of enforcing it in light of the high rate of turnover among Oval Office aides. She suggested at the hearing that the legislature would be impeded in carrying out its basic oversight power if lawmakers could not call witnesses as part of an investigation into the president. She called the Trump administration’s position that top aides are immune from testifying before Congress “peculiar.”

In her ruling on Monday, Jackson said Office of Legal Counsel opinion from the White House, which Trump administration lawyers cited in defense of its “absolute immunity” argument, are not legally binding.

“Thus—to be crystal clear—what is at issue in this case is solely whether senior level presidential aides, such as McGahn, are legally required to respond to a subpoena that a committee of Congress has issued, by appearing before the committee for testimony despite any presidential directive prohibiting such a response,” Jackson wrote. “McGahn ‘must appear before the Committee to provide testimony, and invoke executive privilege where appropriate.'”

McGahn was seen as the star witness in Special Counsel Robert Mueller’s report on Russian interference in the 2016 election. He told Mueller’s investigators that Trump had ordered him to fire Mueller. McGahn told investigators that a day after the revelation broke in the press, Trump asked him to write a letter denying that the president had wanted Mueller fired.

“Each time he was approached, McGahn responded that he would not refute the press accounts because they were accurate in reporting on the President’s effort to have the Special Counsel removed,” according to Mueller’s findings.

McGahn said he would rather quit than fire Mueller. McGahn stepped down as White House counsel in October 2018.

In a letter on Monday to House lawmakers, Schiff said the witnesses over the past six weeks have presented “overwhelming, unchallenged, and damning” evidence that Trump abused his office by using military assistance approved by Congress in order to push Ukrainian authorities to open up politically beneficial investigations.

“Over the course of our inquiry, we have uncovered a months-long effort in which President Trump again sought foreign interference in our elections for his personal and political benefit at the expense of our national interest,” Schiff wrote.

Schiff said he expects to deliver the report to the Judiciary Committee shortly after Congress returns from Thanksgiving break.

From there, the Judiciary committee can draft articles of impeachment.

Schiff said investigators are still open to additional hearings and witness questioning, but lawmakers would not allow what he called the White House’s stonewalling of witnesses slow down the process.

Investigators hoped to hear from Acting Chief of Staff Mick Mulvaney, Secretary of State Mike Pompeo, and Bolton, but since the White House prevented them from appearing, House investigators will now consider the Trump’s administration’s blocking the witnesses a type of obstruction that “demonstrates consciousness of guilt on the part of the President.”

Earlier on Monday, Trump tweeted that “support for impeachment is dropping like a rock.” The president has repeatedly slammed the impeachment inquiry as a “phony” and “sham” process that lacks evidence and is politically motivated.