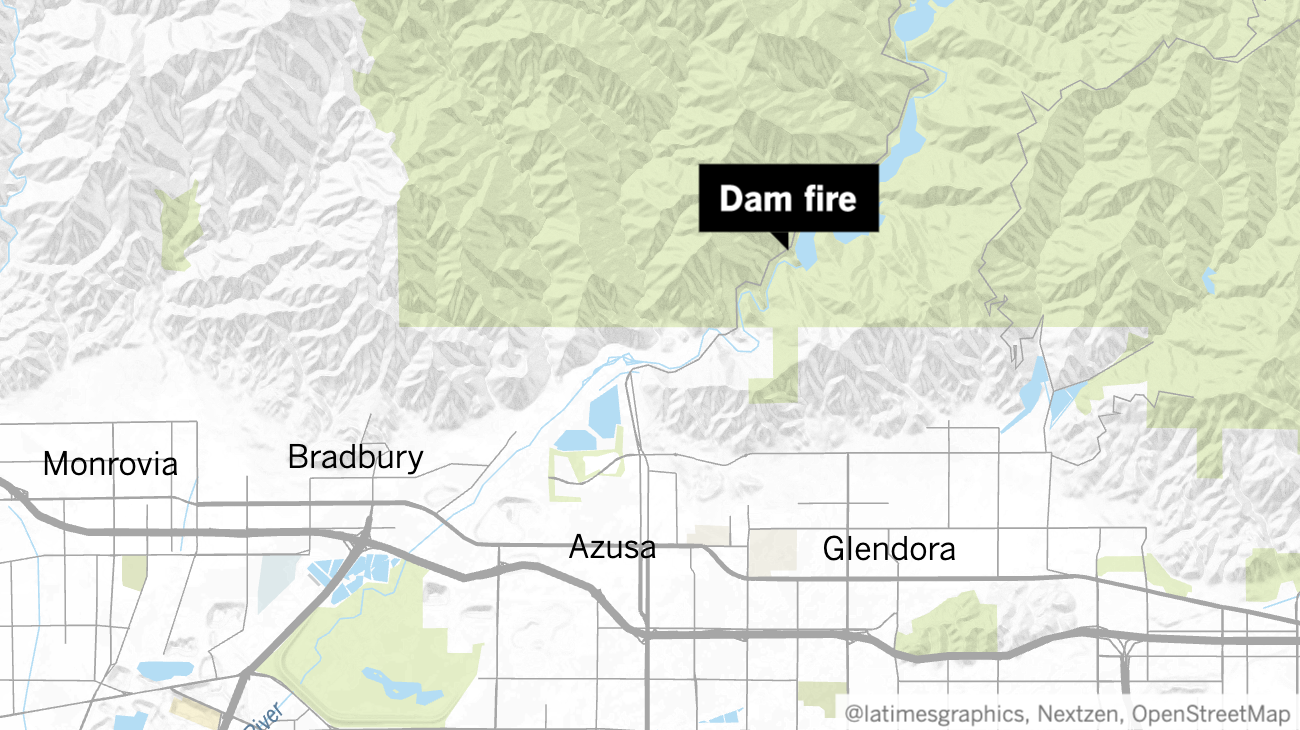 Authorities have issued mandatory evacuation orders and closed Highway 39 as the Dam fire spread rapidly in the Angeles National Forest on Thursday afternoon.

Firefighters responded to the initially 1-acre fire in the 9500 block of North San Gabriel Canyon Road about 1:20 p.m., according to officials with the Los Angeles County Fire Department and the U.S. Forest Service.

Alert: HIGHWAY 39 CLOSED, north of Glendora, due to #DamFire. Please keep roadways clear & pull over for emergency vehicles. Fire has a rapid rate of spread. No threat to Glendora at this time. Air response on scene. pic.twitter.com/BvdguPx93u

Mandatory evacuations were ordered in the area north of the Morris Dam along Highway 39 to Crystal Lake, said John Clearwater, a spokesman for the Angeles National Forest. Residents can use East Fork Road to Glendora Mountain Road as an evacuation route.

“With a little bit of wind behind it, it is expanding rapidly,” he said. “I suspect this one is going to go quite a bit larger.”

About 100 firefighters are at the scene.

Clearwater said six fire crews are on the ground with three bulldozers, and several air tankers are working to add containment and retardant lines ahead of the blaze to limit its spread. The fire is burning uphill in an isolated area on Silver Mountain, west of Highway 39, he said.

The area has heavy, dry brush that hasn’t burned “in a long while,” Clearwater said.

So far no structures are threatened, but firefighters’ priority is “ensuring public safety and evacuation routes if necessary,” he said.