Dele Alli, James Maddison and Jack Grealish have been spotted drinking beers during a break in Ibiza after Spain was put on the UK’s quarantine list.

But the England trio did not appear to be practising social distancing as they huddled around friends by the pool on the Spanish party island.

They soaked up the rays on sun loungers on the beach as they knocked back a beer and relaxed with a group of mates on the Balearic Island.

Travel advice on the Foreign Office website says social distancing and other safety measures should be ‘observed at all times’ in public spaces in Spain.

The country yesterday saw its biggest spike in coronavirus infections since lockdown was eased in June – beating the previous day’s record. 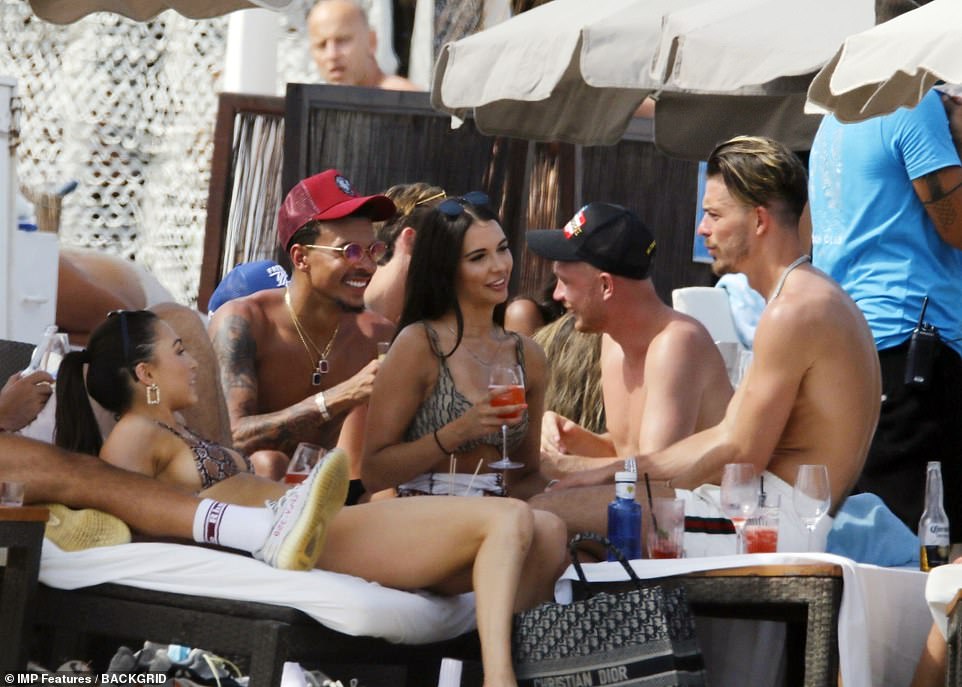 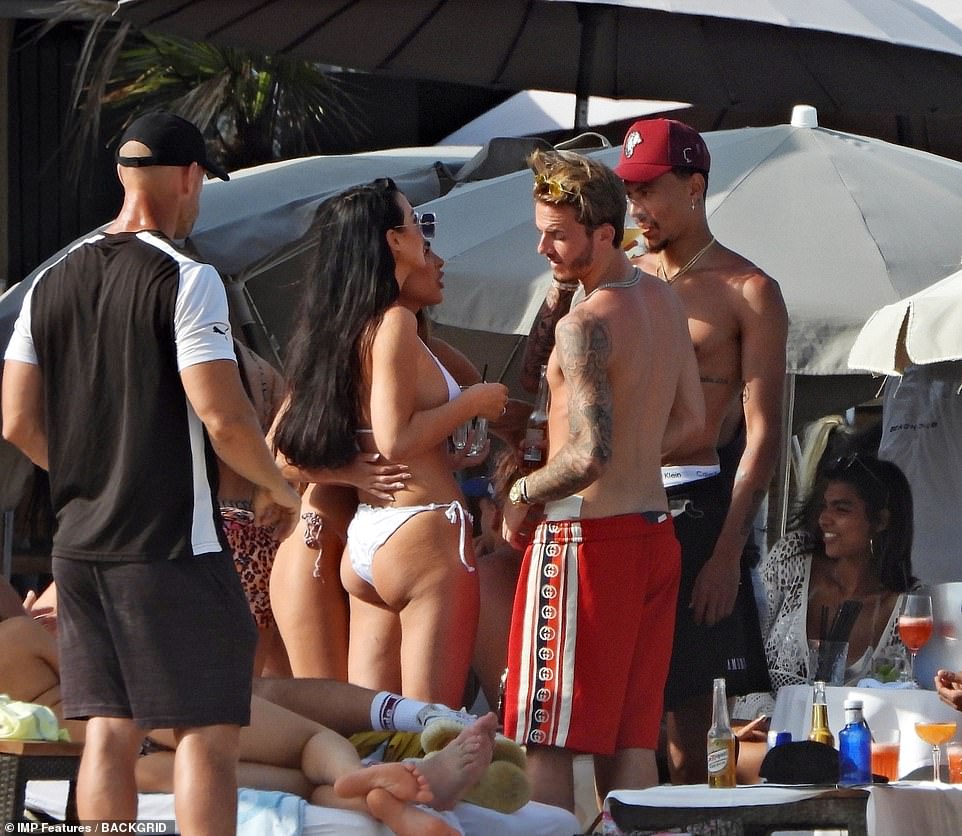 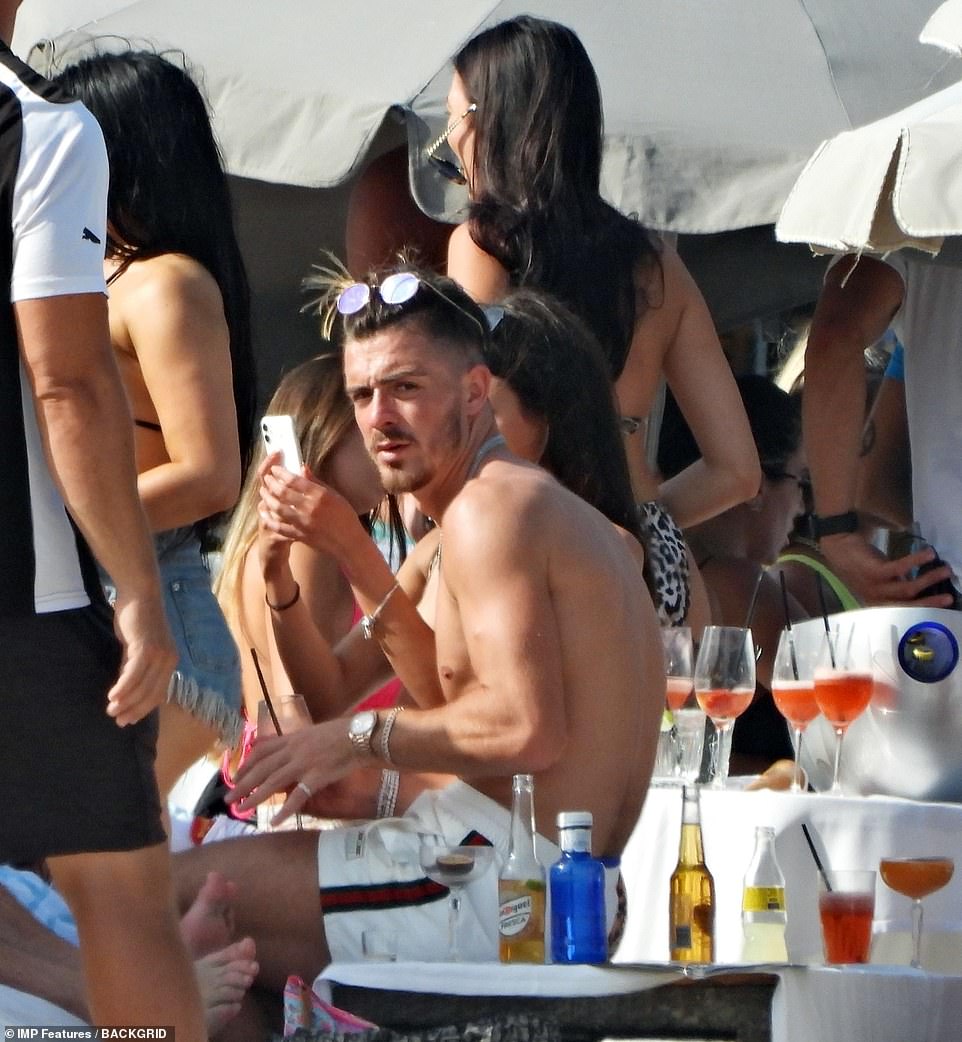 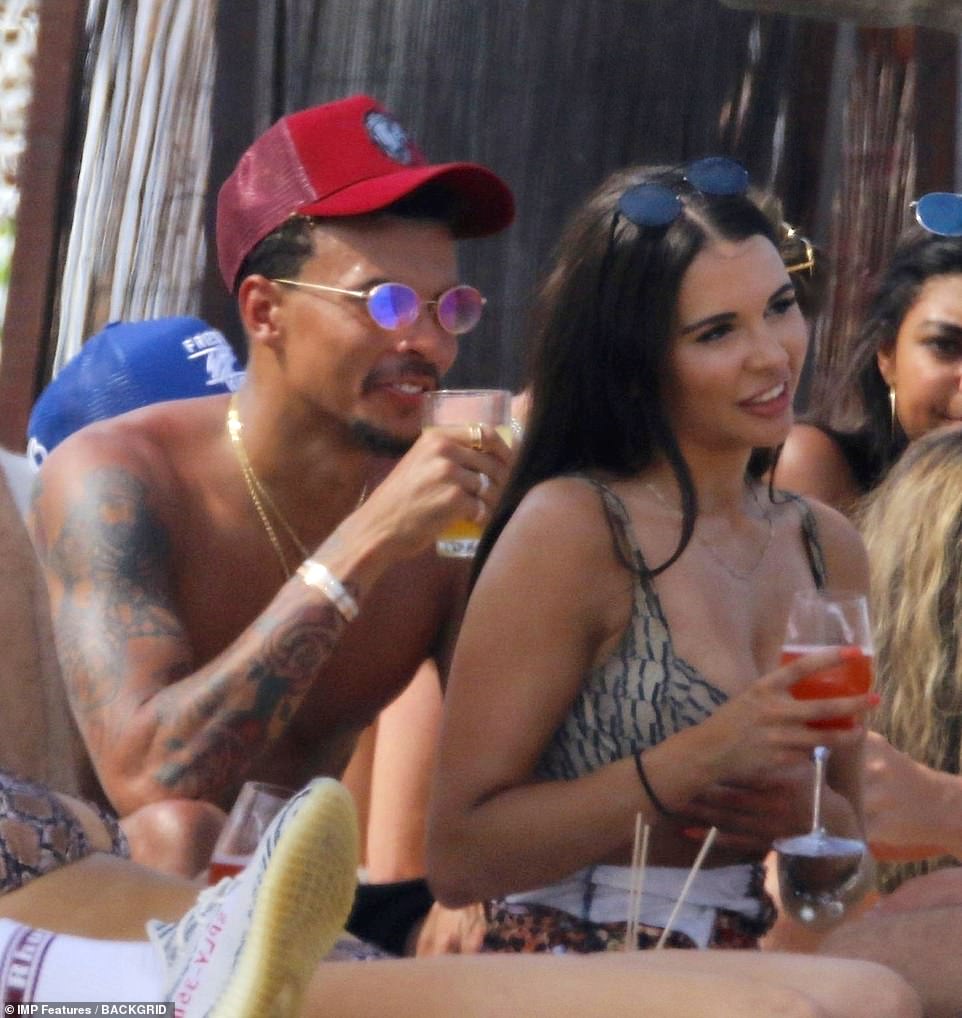 Grealish has previously been slammed for ignoring government advice during the pandemic, with the winger crashing his £70,000 Range Rover after attending a party at ex-team-mate Ross McCormack’s flat in March.

Alli also came under fire during lockdown when he mocked an Asian man over Covid-19 in February. Both players, who are idolised by millions of youngsters across the country, issued grovelling apologies and were fined.

The three Premier League stars bolted for Spain soon after the 2019-20 football campaign came to an end, with players expected to return for pre-season training in the coming weeks.

They will have to quarantine for two weeks when they fly back to Britain under new restrictions placed on Spain last Saturday night.

While all three appeared to be in good spirits, Maddison was seen sporting a bandage on his left hip following recent surgery.

The 23-year-old missed the end of the Foxes season, which saw them surrender a top-four spot on the final day, to treat a persistent tendon issue.

Maddison had to watch on from the bench as the Foxes fell to a 2-0 defeat at home to Manchester United. That loss consigned Leicester to the Europa League next season alongside Tottenham.

Alli played his part in helping Spurs secure European football for next season after he recovered from a hamstring injury. He came on as an 80th minute substitute against Crystal Palace in the 1-1 draw at Selhurst Park. 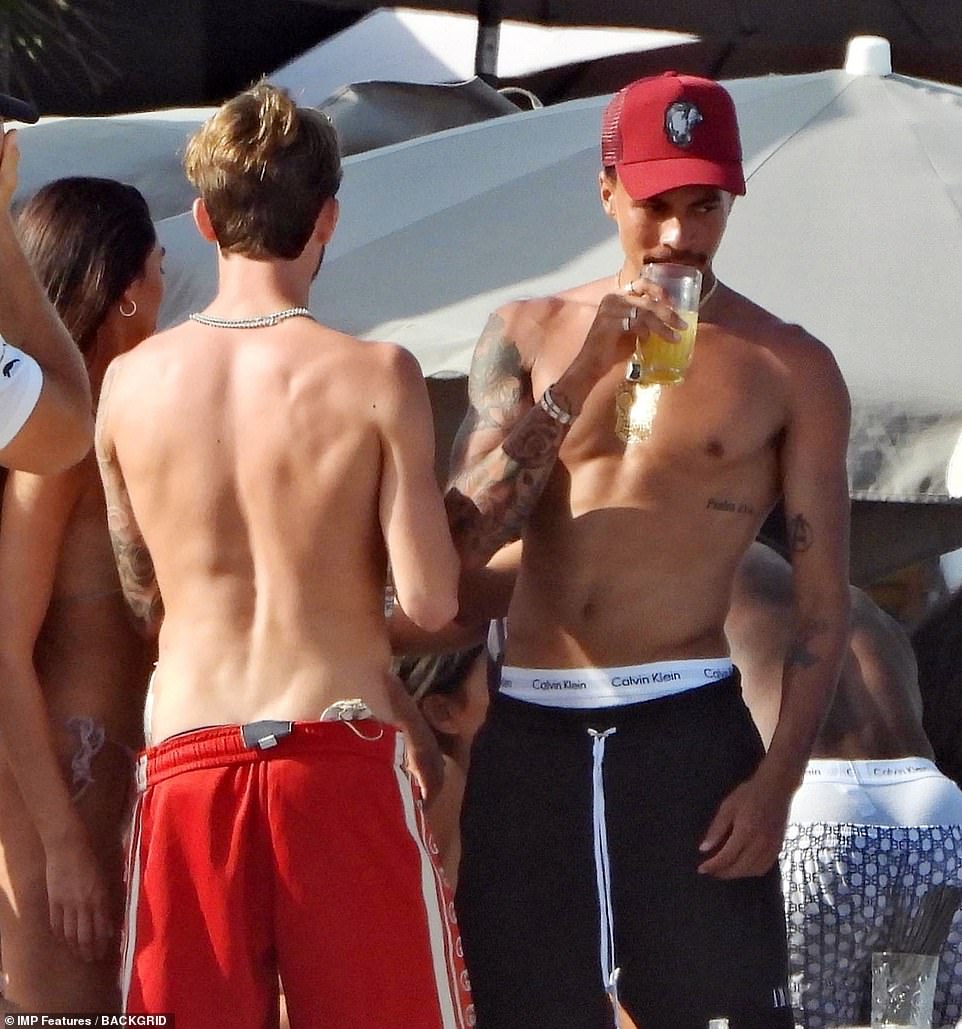 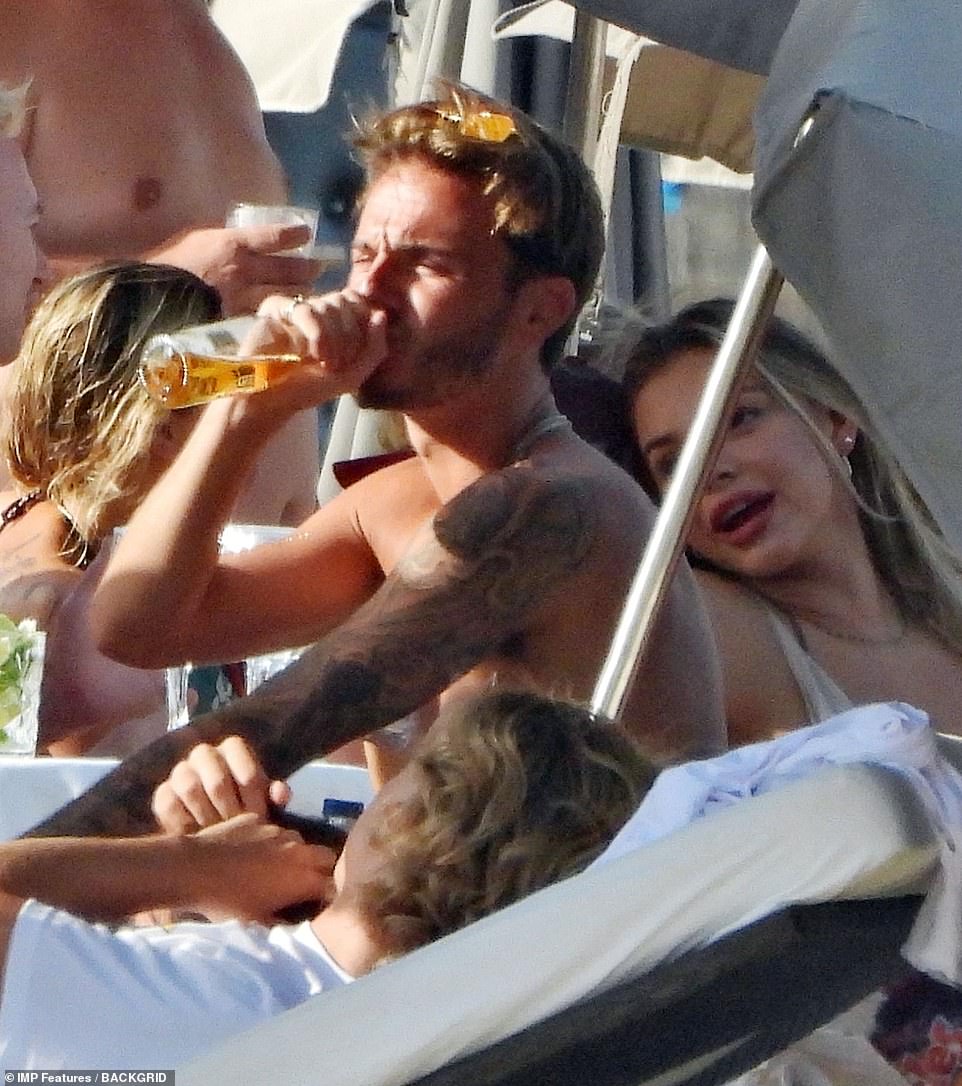 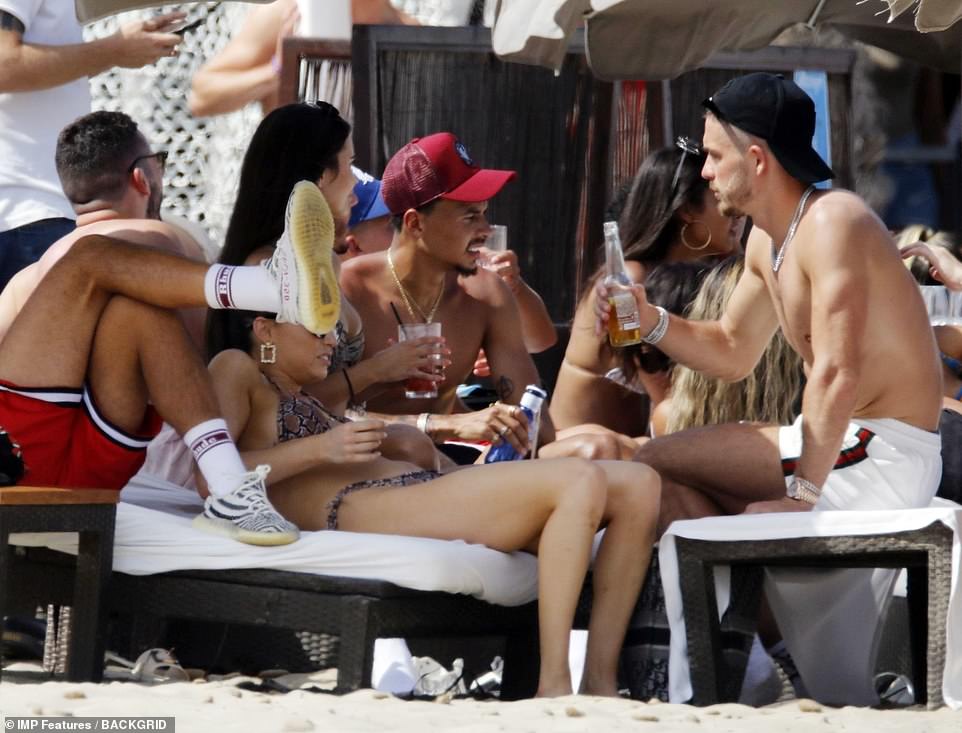 Meanwhile, Grealish faces an uncertain summer once he returns with Manchester United keen on signing him following his heroics in helping Aston Villa beat the drop.

While Alli relaxed on the island, his team-mates Giovani Lo Celso, Eric Dier and Erik Lamela enjoyed a meal on a yacht on the shores of Ibiza, along with Watford’s Maxi Pereyra and former PSG forward Ezequiel Lavezzi.

Cumulative cases, which also include results from antibody tests on people who may have recovered increased to 288,522 from 285,430, the ministry said.

The ministry said 1,525 of the infections had been confirmed within the past 24 hours – the highest daily increase since the end of April.

But the government’s most senior coronavirus expert, Fernando Simon, denied Spain was in the grip of a second wave of infections.

‘A second wave would be when we have uncontrolled, widespread community transmission,’ he told a news conference. 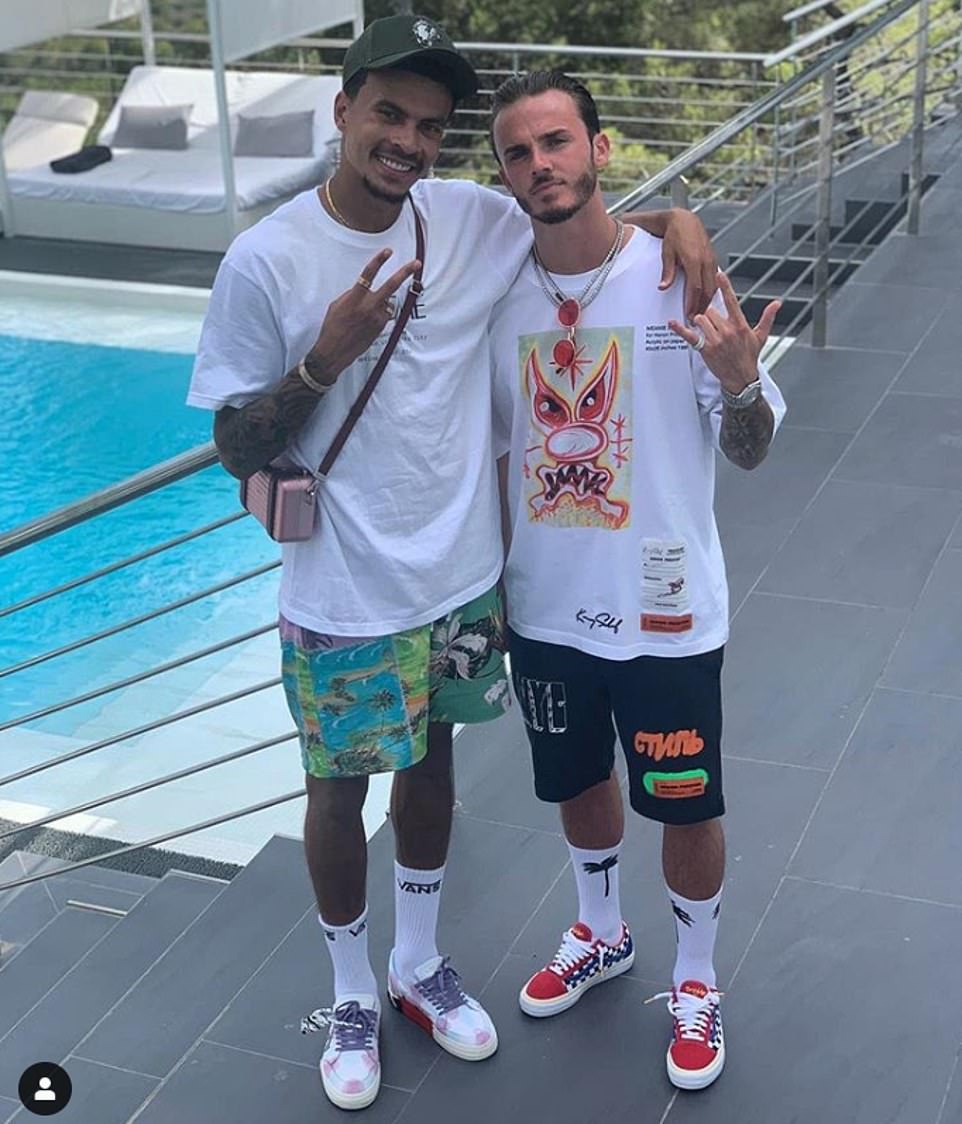 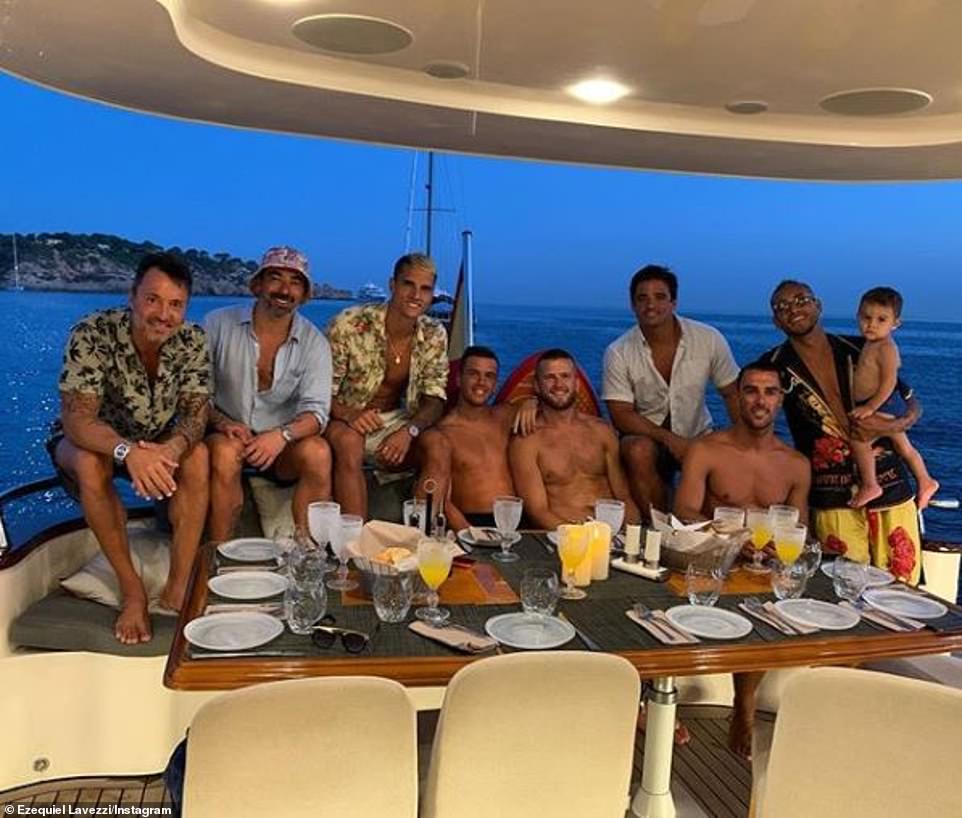 While acknowledging the virus was spreading freely within some communities in the northeastern regions of Catalonia and Aragon, Simon said most of Spain had the outbreak under control.

He also stressed Spain’s epidemic had become far less deadly than during its early April peak, when the daily death toll approached 1,000.

Just 10 people died in the last week, partly as the virus is spreading more among young people, who are less vulnerable to the respiratory condition.

The health ministry is monitoring 483 active clusters of the virus, defined as three or more linked cases spread across different households.

Around three quarters of the clusters include less than 10 people, Simon said, though a few contain more than 100 infections.

The rising rates of virus transmission has seen travellers to the popular holiday destination stranded, as many flew out when the Spanish lockdown was relaxed, only to find themselves immersed in a resurgence in cases.

Holidaymakers were given just five hours notice on Saturday night that those returning from Spain – including its popular islands like Ibiza – would have to self-isolate for 14 days following a spike in coronavirus cases.