Coronavirus: Why are loss of smell and taste reportedly symptoms of Covid-19? 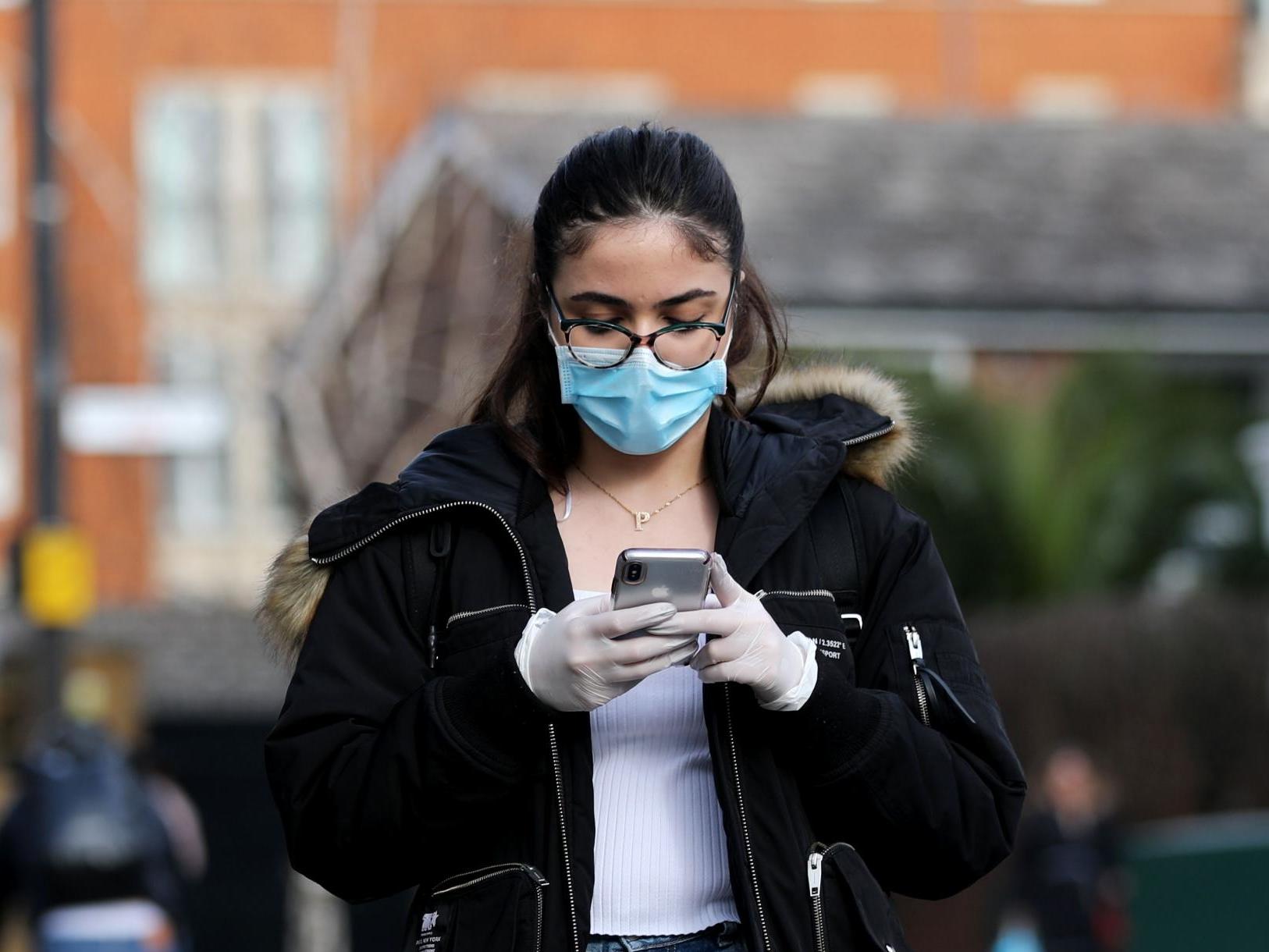 Throughout the course of the coronavirus pandemic, discussions have taken place surrounding the possibility that the virus can be spread by people who are asymptomatic.​

Though the two primary symptoms of Covid-19 have been widely cited as a high temperature and a new, continuous cough, health officials have recently stated that loss of smell and taste could also be lesser-known symptoms of the virus.​

In a statement published online, the British Association of Otorhinolaryngology (ENT UK) outlined that the symptoms had been found among “a number of patients” in the “absence of other symptoms”.

Professor Claire Hopkins, president of the British Rhinological Society, and Professor Nirmal Kumar, president of ENT UK, said in the joint statement that there had been a sudden rise “in cases of isolated anosmia” — total or partial smell loss — in the UK, US, France and northern Italy.

“I think these patients may be some of the hitherto hidden carriers that have facilitated the rapid spread of Covid-19,” the statement said. “Unfortunately, these patients do not meet current criteria for testing or self isolation.”

Several high-profile figures who have been diagnosed with the coronavirus have revealed they have experienced loss of taste and smell as a result, including health minister Nadine Dorries and Dancing on Ice star Matt Evers.

“A side effect of #coronavirus for me is the fact that I have lost [100 per cent] of taste and smell,” Dorries tweeted on Thursday 19 March.

“Absolutely zero of both, so weird. Eating and drinking warm or cold that’s all I can tell. No point in putting a tea bag in the water.”

So why are loss of smell and taste supposedly symptoms of the coronavirus?

In the joint statement released by Professor Hopkins and Professor Kumar online, it explained that there are a “significant” number of coronavirus patients in South Korea, China and Italy who have developed anosmia and hyposmia (reduced ability to smell and detect odours).

The release outlined that post-viral anosmia is “one of the leading causes of loss of sense of smell in adults”, accounting for approximately 40 per cent of cases.

“Viruses that give rise to the common cold are well known to cause post-infectious loss, and over 200 different viruses are known to cause upper respiratory tract infections,” the professors said.

“Previously described coronaviruses are thought to account for 10 to 15 per cent of cases. It is therefore perhaps no surprise that the novel Covid-19 virus would also cause anosmia in infected patients.”

Professor Carl Philpott, director of medical affairs and research at charity Fifth Sense, explains to The Independent that as common colds and viruses often cause initial congestion of the nose, this can lead to “post-viral smell loss”.

“If you look at the tissue in detail under the microscope you see that the fine hair-like endings of the receptor cells have fallen off and therefore the cells are no longer able to pick up odour molecules from the nose,” Professor Philpott says.

He adds, that Covid-19 “appears to have a high concentration in the nose”, and states that as the majority of anecdotal reports are showing people experiencing transient smell loss that lasts for around seven to 14 days, “it’s probably more likely that the virus is causing some sort of inflammation in the olfactory nerves, rather than it causing any damage to the structure of the receptors”.

The Washington DC-based Taste and Smell Clinic stressed that it is common to experience smell and taste loss after a “viral-type infection”.

“During the acute phase of a viral cold a patient may experience nasal congestion and blockage caused by nasal obstruction, membrane edema and excess nasal secretions,” the clinic explains on its website.

“This congestion may cause temporary loss of smell and taste but with recovery from the cold, over time, these nasal symptoms disappear, ease of nasal breathing is resumed and smell and taste function commonly reappear as they did prior to the onset of the viral cold.”

The clinic adds that in approximately one per cent of cases, patients suffer a “persistent loss of smell and taste”.

The organisation states that the question as to why viral infections cause smell and taste loss is one that has “caused much confusion for several years”.

“What we began to hypothesise was that after recovery, which eliminated the acute systemic viral attack, there was a residual and persistent viral process affecting the protein secreting glands in the nose and mouth which caused smell and taste loss,” it said.

“Although the dynamics of this viral process are still unknown its mechanism of action is critical to our understanding of how smell and taste loss occur after a viral illness.”

Professor Philpott explains that the reason why people may think they are experiencing taste loss is actually because their sense of smell — which has a huge impact on their ability to detect flavour — has been impacted.

“The loss of taste issue is really just down to language and concept. Because everyone does smelling and tasting together when you eat, most people don’t separate the two mechanisms,” the professor explains.

“Salt, sweet, sour and bitter sensations are all detected on the tongue, which we don’t think is really affected in this situation. People will think they can’t taste because a large proportion of flavour is down to smell.”

What should you do if you have experienced smell or taste loss?

Natalie Brookes, a consultant ENT surgeon and rhinologist and medical director at The Harley Street ENT Clinic, tells The Independent that the fact an increased number of otherwise healthy young people in their 20s are experiencing sudden loss of sense of smell is “highly suggestive” it can be associated with Covid-19.

Ms Brookes explains that her ENT clinic has tried to contact the Department of Health to ascertain how confident it is in the seven-day isolation period for people experiencing symptoms of the coronavirus and whether “they considered anosmia as a criterion for self-isolation”. However, the clinic has not yet had a response.

“We were in communication with ENT UK, our advisory body, who confirmed they’d had reports of this themselves and they’ve put out advice that they think anosmia could be related to Covid,” Ms Brookes stated. “If I developed a sudden loss of sense of smell, with or without a mild upper respiratory type symptoms, I would definitely self-isolate at the moment.”

While top doctors have said that loss of smell and taste could be symptoms of the coronavirus, it is not currently mentioned in the government’s guidance for self-isolation.

Nonetheless, the guidance does state that if you are showing symptoms for Covid-19, “however mild”, you should self-isolate.

If you live on your own, it is advised that you stay at home for seven days from when your symptoms first began to show.

If you live with others and you are the first person to show symptoms, it is advised you stay at home for seven days.

The other members of the household are recommended to stay at home for 14 days, and if they begin to show symptoms, for seven days from that point.

Fifth Sense, a charity that supports people affected by smell and taste loss, outlines measures people can take to try to alleviate their symptoms, which includes doing “smell training”.

Professor Philpott advises against the use of oral steroids to treat symptoms in the event of Covid-19 or a suspected infection, but says that nasal steroids are safe to use.

“There’s a bit of concern about oral steroids because there is some suggestion they could exacerbate the underlying virus infections, so we’re telling people to avoid those for the moment,” he says.

If you have any coronavirus symptoms, contact the online NHS 111 service and do not visit your GP or hospital.