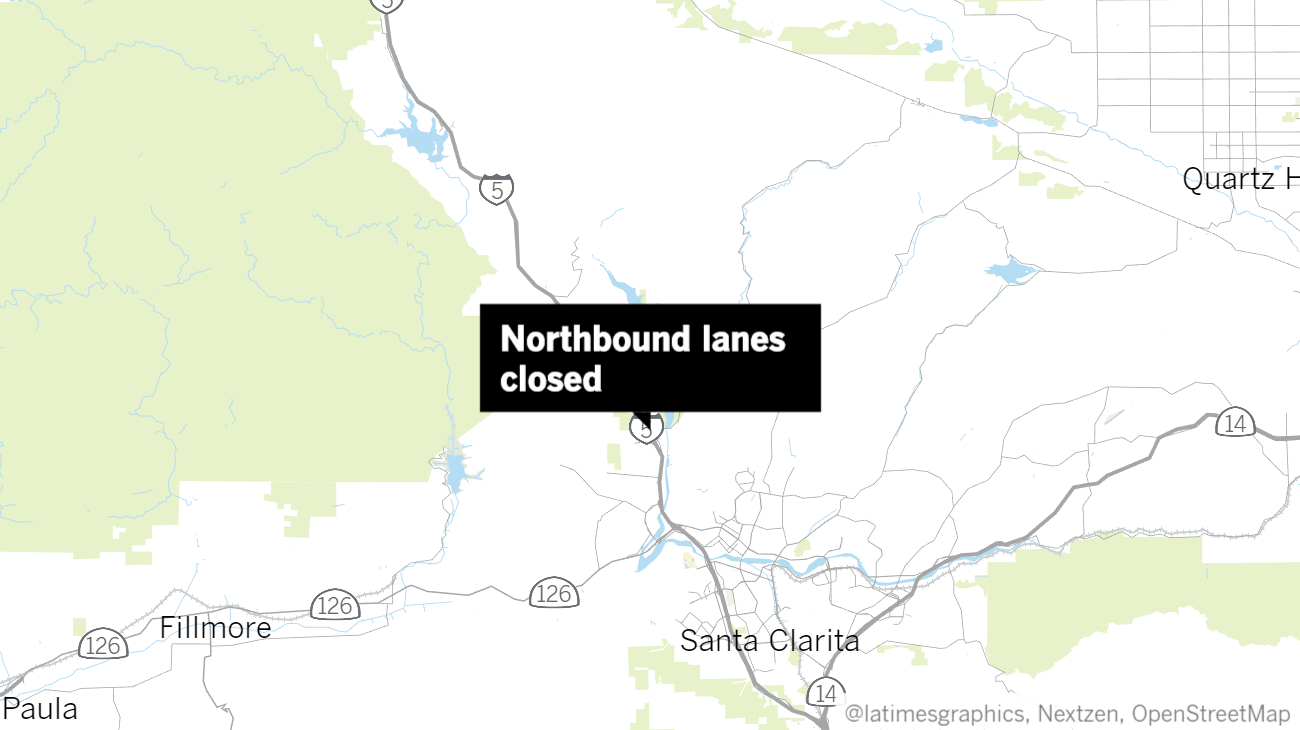 Workers spent Wednesday evening clearing the remnants of a burned semi-truck from the 5 Freeway so that authorities could reopen all northbound lanes to traffic.

About 4 p.m., the California Highway Patrol closed northbound lanes at Lake Hughes Road in Castaic because of the blaze. For a brief period, the entire roadway was shutdown as firefighters scrambled to get the fire under control.

Firefighters from Angeles National Forest and the Los Angeles County Fire Department worked together to extinguish the truck and the quarter-acre brush fire caused by the burning big rig. The brush fire did not grow quickly and was held to a small patch of grass and brush.

Your @ANF FFTrs on scene of a big rig fire with spread into the vegetation. I-5 @ Cherry Canyon. Fire was held to a 50’ x 50’ spot of vegetation. Safe and effective wildfire response means aggressive initial attack on the National Forest. pic.twitter.com/T6uYHpViaR