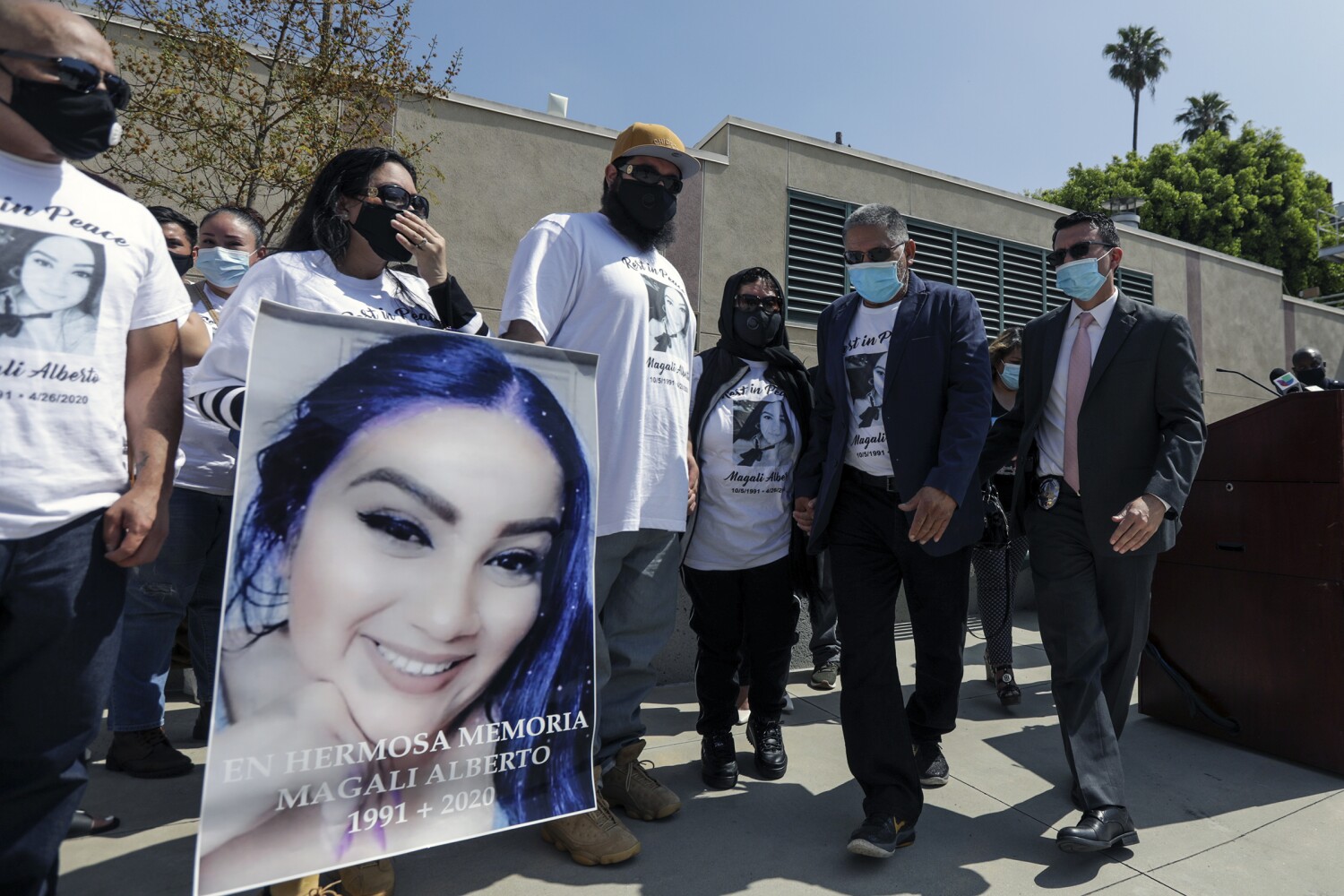 Magali Alberto, a 28-year-old single working mom, was driving home on Manchester Avenue in South L.A. after a small birthday party when she pulled up to a red light in her red Dodge Charger.

The shooters never saw who was in the car that they fired on just after midnight April 26 near the intersection of Manchester and Decker avenues.

“There were tinted windows,” Spell said at a news conference Thursday in Los Angeles. “They could not have seen who was inside.”

“Murder is just a horrible crime,” said Spell, who oversees the LAPD’s South Bureau homicide division. “But in this case, everything we know about Magali [shows] she was a very good person and … not involved in any activity. It makes absolutely no sense, and that is why the department acted with such urgency.”

James Spencer, 23, Frank Adams, 29, and Darrell Robinson, 26, were taken into custody with the help of FBI and SWAT officers.

The slaying in the Gramercy Park neighborhood, Spell said, was a “gang-motivated crime, but we are not going to identify the gang.”

Spell said investigators hoped the arrests brought some sense of justice to the victim’s family, but, he acknowledged, “there is no closure; they cannot have her back.”

Detective Greg Fischer and investigator Nancy Johnson identified the suspects after examining video from various cameras in the area and working with LAPD gang experts. Spell said some information about the incident was not being made public because the investigation remained active.

Alberto’s aunt told reporters Thursday that the 28-year-old was a caring, loving daughter who said she didn’t have time for a boyfriend because she was working hard at her job in the hospitality industry. She wanted to help her parents travel, to give them memories to cherish.

“My parents have worked so hard to give to me and my brothers,” her aunt recalled her saying. “I want my parents to go to places they have never been to.”

Speaking at Thursday’s news conference, the aunt — who was not identified by police — said the family was devastated at the loss of “a loving, protective mother of a small child” and wondered why anyone would “take away the life of an innocent young lady.”

The aunt said the family was thankful for the work of the detectives in apprehending the alleged killers.

A friend of Alberto described her as a strong, passionate young mom who enjoyed hiking with her dog. She said Alberto had a charismatic and positive personality and was well known in the local hospitality industry.